With about 2 weeks left in the season, it’s about time to take a look at our 2016 buck outlook so long as they make it through the season give us a chance to chase them next year. Since this is the first year that we have had the cameras still up, this is the first time that we are getting a glimpse at the activity during the late portion of the season. I couldn’t have been more pleasantly surprised at what we’ve found. A few different awesome bucks began roaming the property during daylight hours beginning in late December and early January. They spent the entire last two weeks of the season getting caught on camera several times a week each. This says a couple things. First, we have the best available food source for the late season. Second, and most importantly, we have the safest land in the area during these last few weeks of the season. With multiple mature bucks hitting the field during daylight hours, I’m confident that I will be able to find a pattern to take advantage of next season during this same time period. 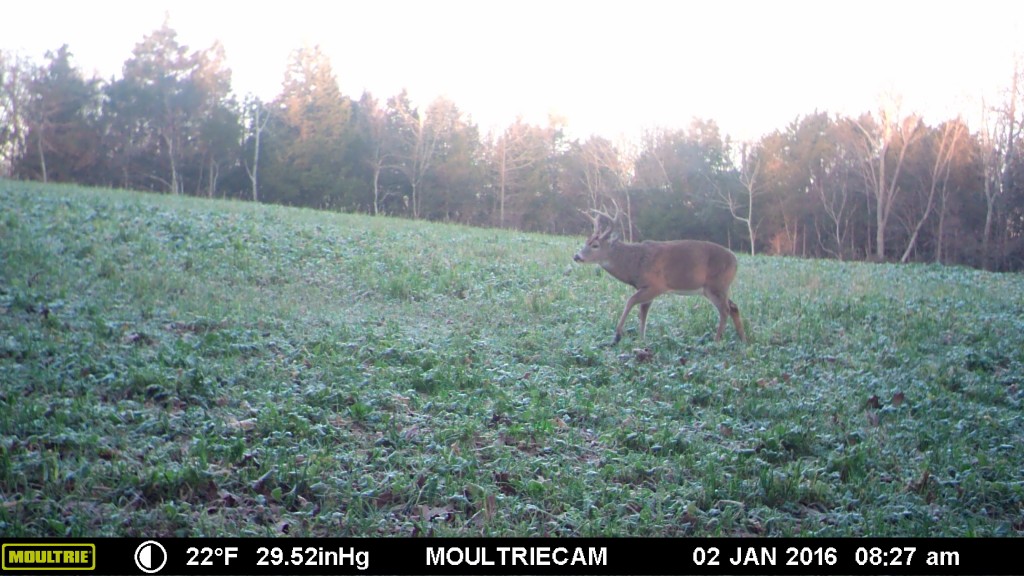 The buck above look like the buck I harvested this year during the second firearm season in Illinois. I estimate his age to be 4 1/2 +. He has a clearly sagging belly and his neck runs clear even with his brisket. This year he is an 8, but he wants to be a 10 as he’s got the beginnings of those two more points already. Hopefully next year he will fill out to the 10 points and keep the awesome main beam mass that he has this year. 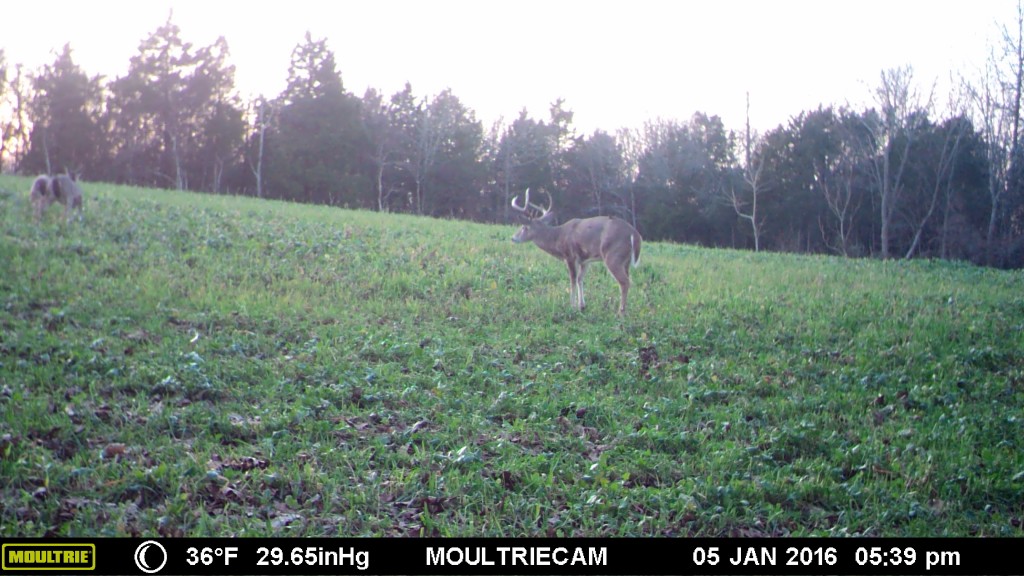 The buck in the above photo is a brand new buck. I do not have any pictures of this deer at any other point. At this point I do not know if he is a late season only buck or if he’s come to fill the void left by my buck’s passing. Regardless, he’s a very nice deer that I hope to have an encounter with next season.

With less than a week left in the archery season and all gun seasons over, it’s almost safe to say that all these bucks have survived the hunting season for a chance to harvest next year. The first buck in the photos below was only caught on camera for this one encounter. That’s not to say that he doesn’t frequent our field, but he does not walk past out camera. In the photos preceding this one, the buck engages in to a fight/sparring match and has sent the younger buck running. 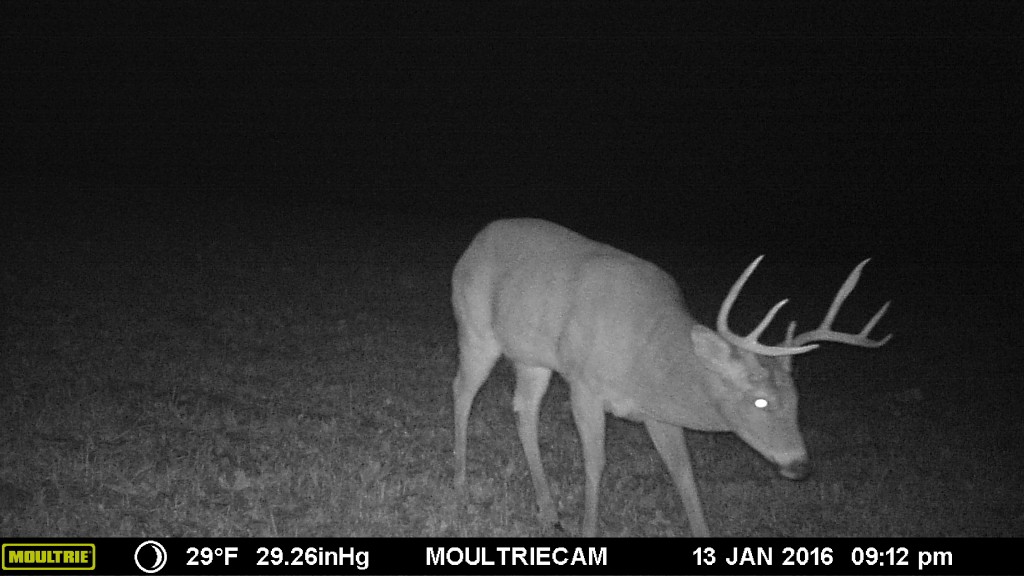 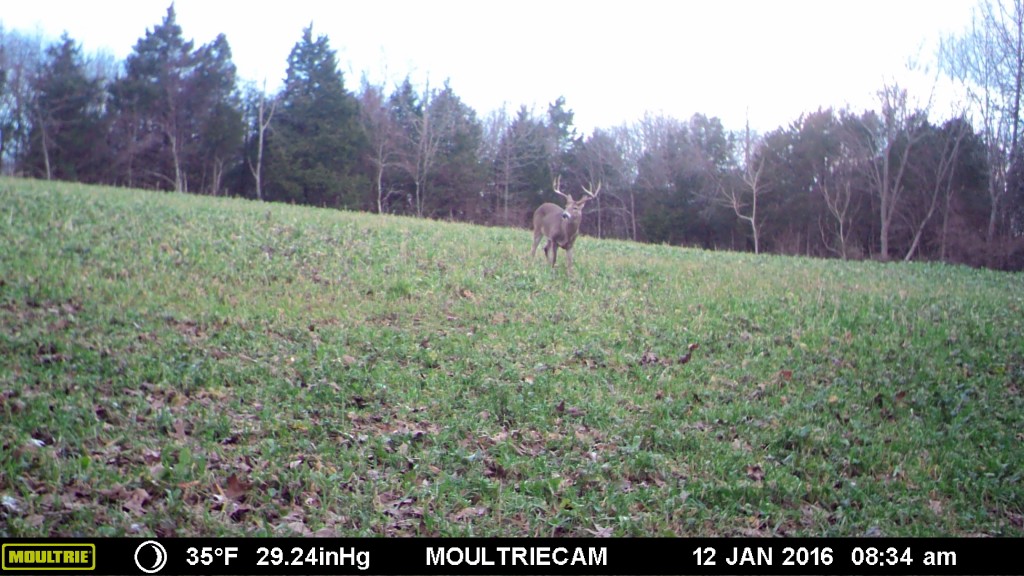 The buck in the above photo is also in the below photo. Two daylight photos within 3 days of each other. Obviously, these mature bucks feel pretty safe on our place during end of the season. Honestly, they should. Nobody has stepped foot on the property since the final day of the second firearms season in early December. We have great late season food and zero hunting pressure. The other buck in the photo below is the same buck as in the photo from 1/5/16. Another great example of needing to plan a trip for the late season next year. 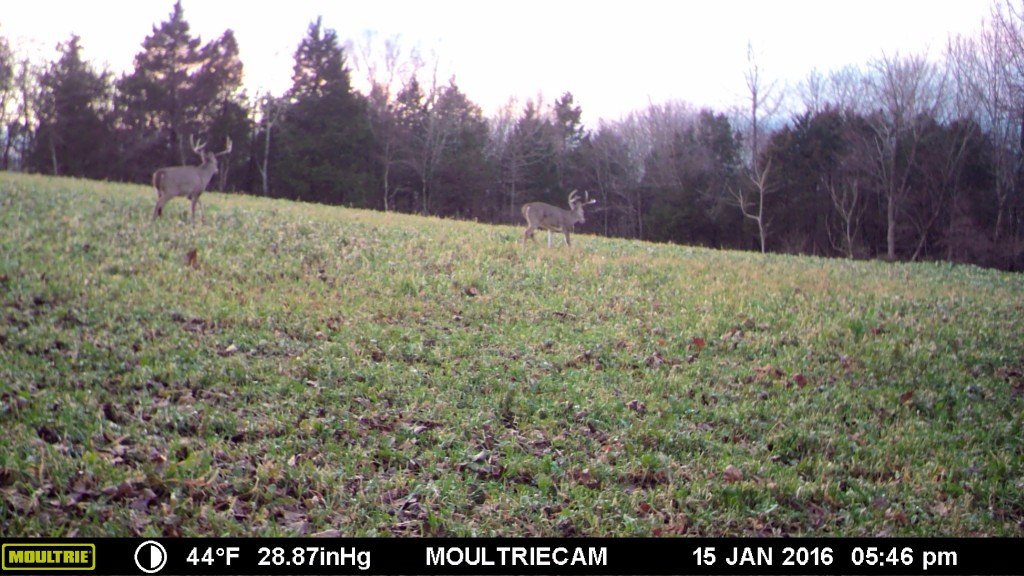 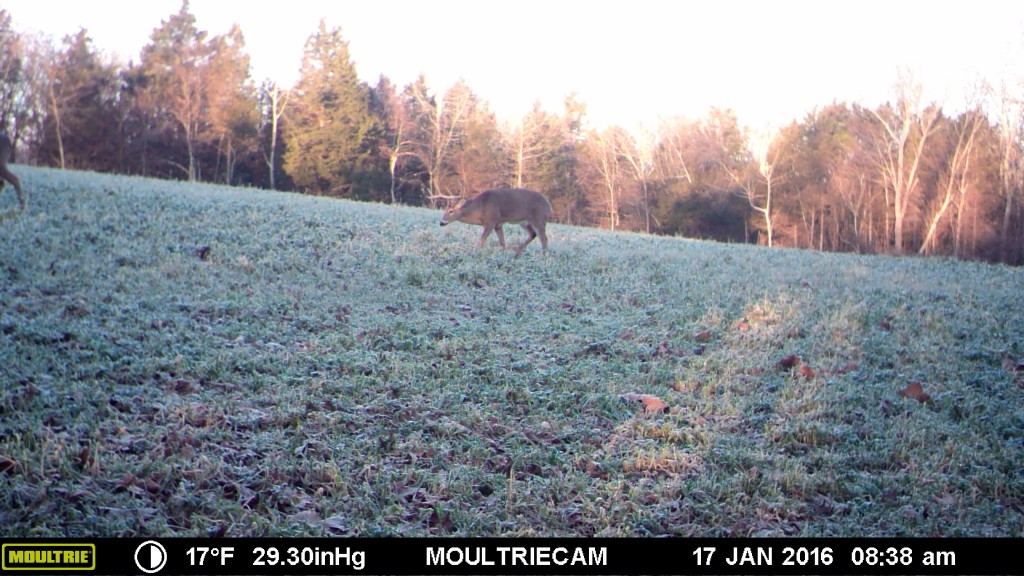 I can’t believe it. The bucks from the two photos above and below here are the same two bucks I talked about in the previous paragraph. Both great bucks that I will be trying to make a move on next season. On the final day of the season I have photos of what I believe to be two older bucks. Both are awesome bucks by anyone’s standards. If these two bucks stayed together, I have no doubt that they made it through the day to survive to next season. I’ll be after them for sure. Happy Hunting! 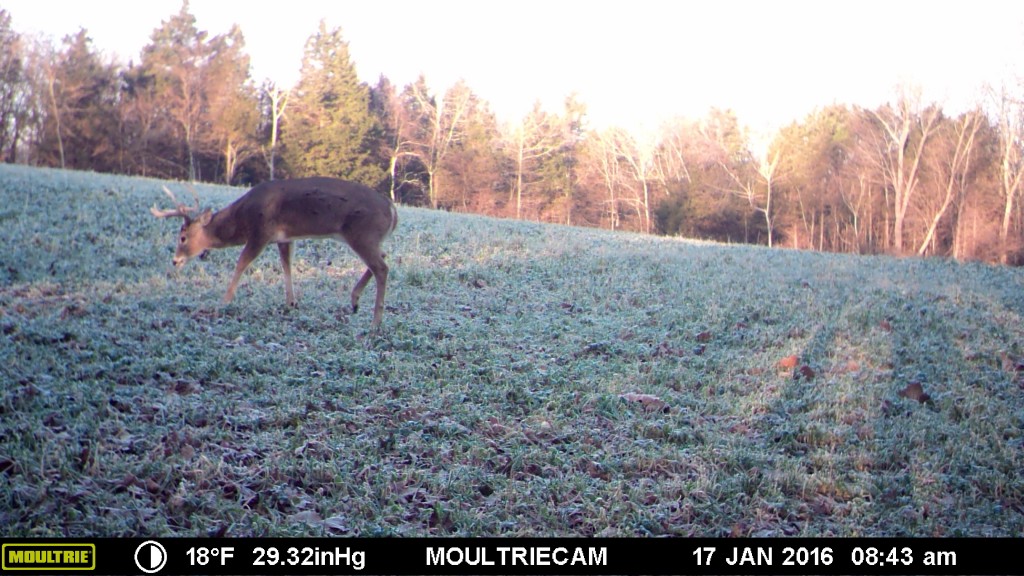