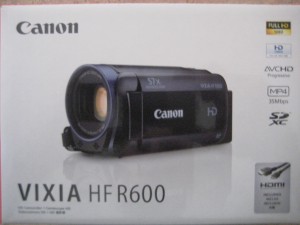 I Need a “Video my Hunts Camera”

For those of you that have followed along in my adventures through the 2015-16 Illinois deer hunting season, you know that I’ve been filming with an old point and shoot Canon Powershot SD1000. Though I’ve actually been pretty satisfied with the quality of the video I got from it when filming close up interviews and anything that didn’t require zooming in, the wide lens that all point and shoot cameras have made using the camera not very practical in the long term. I spent a lot of time sitting in my stand telling myself that I needed a “video my hunts camera”. I can say that using the Canon Powershot absolutely got me prepared for what it was going to take once I got a better camera.

It took me almost all season to harvest a deer on camera. The one thing that was beneficial about using the Powershot was that I didn’t have to worry about zooming in because it just made the video grainy. With a better camera, I would need to relearn how to follow the deer with the camera since I will be zoomed in much closer. I will also have to be that much more conscious of the deer being in frame before shooting. It’s hard enough to harvest a deer while bow hunting. By adding the self filming, especially with a zoom able camera, I am adding a whole other level of difficulty to my hunts. That being said, I say “bring it on”.

The “Video my Hunts Camera” I Now Use

For Christmas, my family was gracious enough to get me the Canon Vixia HF R600. At first, they tried to trick me in to thinking that it was completely on back order everywhere. But, they brought it out at the very end to surprise me. As it turns out, the video camera actually was on back order through the company that they got the rest of the necessary items from, but was able to find it on Amazon. If you do not already have anything to go along with your new camera, I would suggest getting the camera in a bundle pack like this one that comes with other items that you will need in order to protect your camera and make enhance your video.

To catch up on my 2015-16 deer hunting season, check out Matt’s Adventures

Some Specific examples of the Canon Powershot’s quality of video, check out 2015 Habitat Plan Execution, and Deer Close up – My Close Encounter

The “Video my Hunts Camera” has its First Hunt

It was just this past weekend that I was able to get out for an afternoon hunt with the new camera. After a quick chat with my buddy that lives in the house, I headed back to my tree and began the process of setting up the climber, then hooking my bow rope up to it and the bow. After that, I had to contemplate exactly how to get the camera bag with all my gear up with me.

I slung the bag around my shoulder and slowly began the climb up the tree. Once I reached the height I wanted, it took another little bit to get the new camera arm set up and the cameras on and ready to go. For more on the hunt, click here, but for now I want to focus on the quality of the video. I have to say, I’m astonished at how awesome the video quality is.

To be fair, the last video camera that I owned took tapes and was not able to record in HD.  Even with that, I am extremely impressed with the video that I got of two small bucks. The two deer were 60 yards away at their closest and I was able to zoom in and the clarity was so good that I was able to count the points on the racks. Before zooming all the way in, I did not realize that the deer was a buck.

Overall, I would hands down recommend this camera to someone looking to begin filming their hunts. First of all, the camera is really small for what it does. If you ever do decide to get a huge expensive production camera then this camera will easily convert in to an awesome second angle camera. The relatively cheap price of $210 on Amazon makes it an easy choice for the beginning self film enthusiast like me.

Keep in mind that there may be other products that needed to enhance the quality. However, the camera alone would do the trick if you  had a camera arm to go along with it in order to make life much easier. With the Canon Powershot I was using (which I am now figuring out how to turn in to a second angle camera) I was attaching the camera tripod to the gun rest portion of the climber with a bungee cord. I now have had a major upgrade and look forward to showing off some of the video taken with the new camera. Happy Hunting!