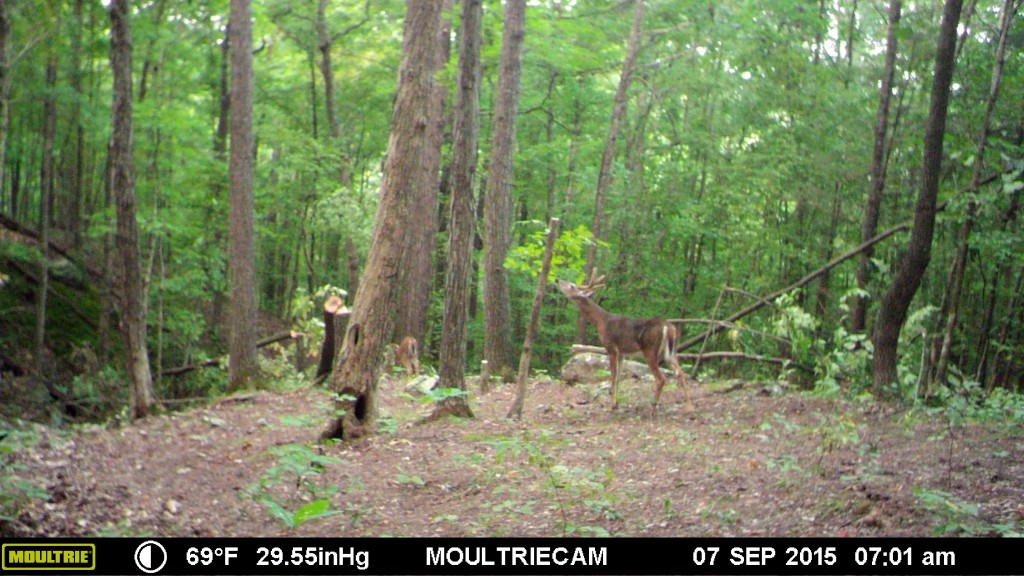 As you walk the isles of any sporting goods store, you’ll find shelves full of deer attractants. Some of them are powders that you pour out made from food attractants while others are liquid scents generally made from deer urine. All of these companies spend a ton of money trying to get you to believe that you are going to have a better chance at shooting a record sized buck because you use their attractant. Many of the scents are designed to be used in scrapes. All deer use scrapes at all times of the year to communicate with each other. It’s only natural that the best deer attractant would take advantage of that. But, the best deer attractant can’t be bought, it’s made for free by you every single day.

The Best Deer Attractant in a Mock Scrape

You’ll notice in the picture above that there is a deer that is stretched out using a licking branch. If you have followed along in my journey, then you probably recognize the spot as my new kill plot. Before you start wondering, yes, the plot didn’t do so well. Anyway, prior to me creating the plot, there were lots of deer moving through this area but there were no scrapes or rubs around. When I started clearing trees to make the plot, I decided to cut that one above a branch that was around shoulder height. After that, I opened up the ground a bit more right under that branch and then urinated in it. Believe it or not, human urine does not deter deer from using an area. I made the above scrape in mid August and deer were continuing to use the mock scrape until the stopped using that area all together. For some reason, deer generally stop using this area of the property once all the leaves come down during October. I have only gotten scarce trail cam photos from this spot since mid October. 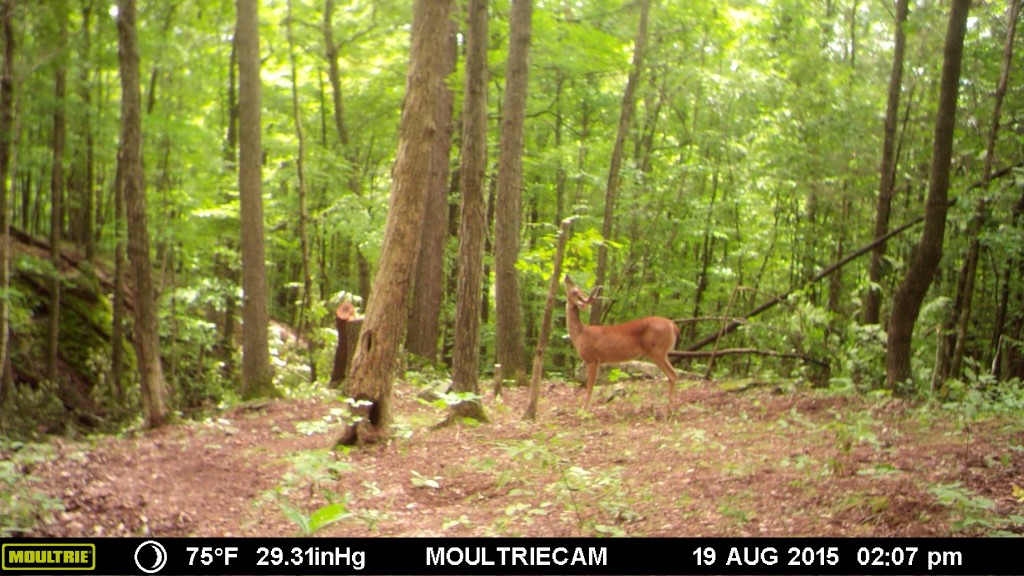 How to Make a Mock Scrape

It’s actually very simple to make a mock scrape. First, find an area that you know deer are using. Next, find a tree along a trail that has a branch somewhere between 3 and 5 feet off the ground. After that, take a branch or tool/saw to scratch up the dirt underneath the branch you found. Make sure that you expose a decent amount of dirt under the branch. You are looking for about an eight inch diameter circle of exposed ground. Then, simply pee in it. I know that there are plenty of people that say it’ll spook deer, but it really doesn’t . The proof for me is in the pictures of this article. I had multiple deer using the mock scrape on a regular basis and had mid aged and older bucks also check it out.

Dr.  Grant Woods from Growingdeer.tv pees straight out of his stands while hunting and he is still able to harvest mature whitetails every year.  If you like, continue to believe that you must spend tons of money on what you’re being told is deer urine. I have chosen to do my own research and have come to the conclusion that the deer in the areas that I hunt have absolutely no idea that I’m a human that keeps urinating in their scrapes. All they know is something male is using the scrape. Over the years I have been told many things about deer hunting that have turned out to be false. Being afraid of urinating around my hunting location just happens to be the newest thing on that list. Happy Hunting!