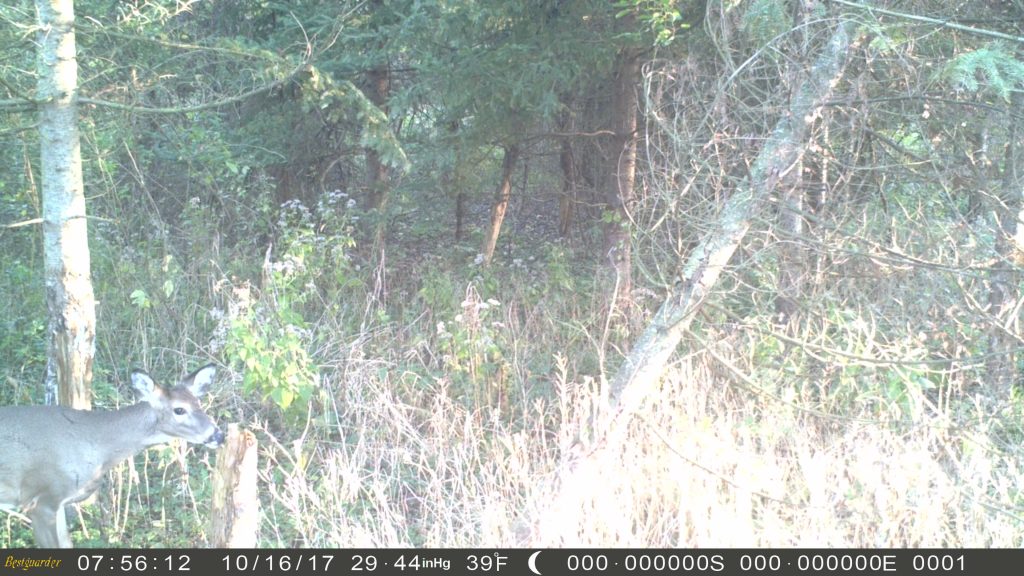 For several years I’ve had deer notice my cameras and then come over and check them out. This year I finally decided to try something else. I know that part of my issue was scent. Even though I sprayed down the cameras and my clothes when setting the cameras, you really can’t 100% fool a deer’s nose. Another part of my issue was that I was putting the cameras at the eye level with the deer. Fixing the issue of camera placement on the tree has been a huge help. Even with that, I still had issues with deer seeing the flash from the camera. That’s when I found the Bestguarder SG-880V trail camera which was last years model. The current model is the IP66 Waterproof Infared. 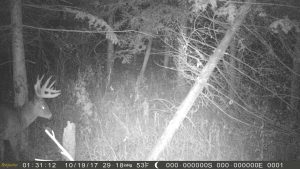 So far, I haven’t had a single deer look at the camera, let alone come straight up to it staring and sniffing the air. The buck in the photo to the right is quick frankly the biggest buck I believe I’ve ever gotten on camera. This photo is one of 4 or 5 photos of him over several minutes. He never once noticed the flash from a camera. He was busy rubbing that tree just behind him.

These photos were taken at the second highest quality setting on the camera. I think they have plenty good clarity. Great quality photos are good if photography is your job and you will be trying to sell those photos. As a deer hunter, I don’t honestly need a camera that has the best quality photos. All I need are photos that are clear enough to see what I’m looking for. A. Is it a buck or a doe? and B, If it’s a buck, how old do I think he is?

So far, I haven’t had the camera in use long enough to get a complete overview. That being said, I have put in cheap alkaline batteries that lasted for about 2 months before I changed them. As it turned out, the change was not needed. When I went to switch out the card, I thought that the batteries had died because I wasn’t able to bring up the screen. When I went back and changed the batteries, I found new pictures on the camera. The pictures were during the few days it took me between changing the SD card out and changing the batteries. To date, I’m very pleased with the battery life. I look forward to pushing the limits of it and reporting back in the future.

For $119.99 on Amazon, the Bestguarder trail camera has my sign of approval. Not a single deer has noticed this camera’s flash and I was having problems with that before with other cameras. I felt that I was getting less photos of big deer because they would get caught once, see the camera, then stay away from the camera location after that. I noticed several bucks do that down at the family farm in Southern Illinois. Most of the time I also caught the photo of them noticing the camera. If things continue like they have been so far with the Bestguarder, I’m going to have to pick up a few more of them really soon.