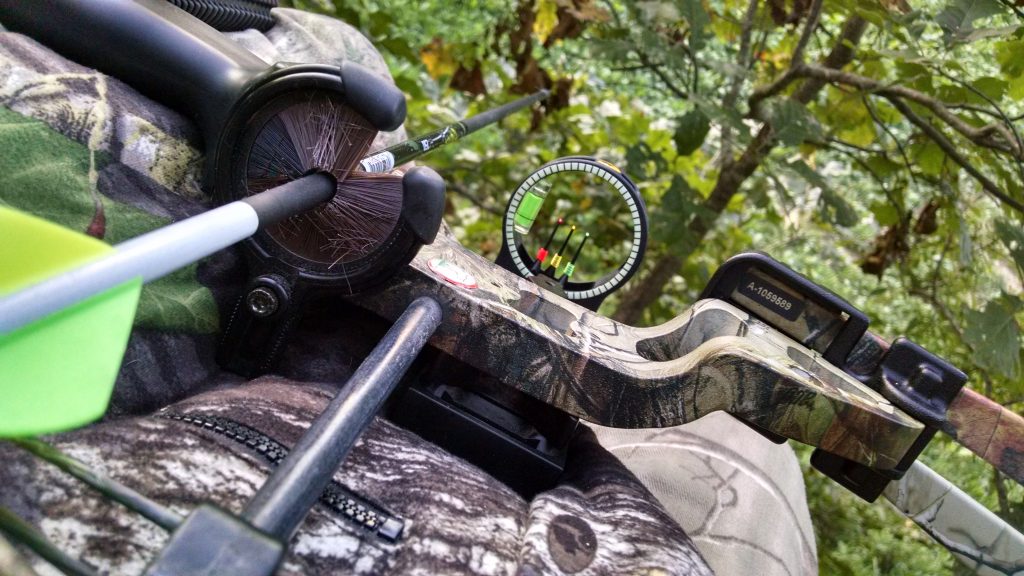 Many modern compound bows are extremely adjustable without having to bring it in to a bow tech or use a bow press. My current bow (Bear Archery Outbreak) is no exception. In order to change the draw length, all I need is a Phillips head screwdriver. That’s not the only example of quick bow tuning that I could share about my bow, but that’s a little beyond the scope of what I wanted to cover today. However, I will say that most accessories these days are easily highly adjustable as well. That being said, it’s important to learn about your bow and how to adjust things before attempting to do so. The last thing you want is to have your bow blow up on you when you hit your release.

I will also say that you should look over your bow before every shooting session to make sure that nothing is coming loose. Wondering why I suggest checking your bow before every session? Personal experience. Luckily, I did not have a disaster happen. However, I was pretty close. I had been shooting for a few months without really ever looking the bow over. After all, I had done all that when I set up so what could go wrong? As I said, luckily it wasn’t the worst thing that could have happened. After a while, I noticed that my shots started to no longer group together and the bow began to get a little louder as I shot. Not so much louder that an onlooker would notice, but enough that I could tell. I had shot the bow enough to know that something was very wrong.

Looking back it’s hard to believe that it took that happening to get me to start checking the bow out. To make a longer story short, one of the screws that adjusted the draw length for the bow was coming loose. It was so loose that I’m surprised it had not fallen out yet. To make matters worse, it was rubbing on the limb. I’m extremely lucky that it had only rubbed the camp coating off when I saw it. I have no doubt that just a couple more shots and things would have been drastically different.

Is it too late?

For many whitetail hunters, the season has already begun. Because of that, I wouldn’t suggest making any changes to your bow unless you absolutely have to. For those of us impatiently waiting for October 1st, I still suggest waiting. With less than a month to go, there is no reason to mess with a setup that you’ve been practicing all summer with.

Don’t get me wrong, plenty of people are more than capable of doing some in season bow tuning. If that’s you, great. Most hunters though do not practice enough to then be proficient enough if they get a shot at a deer. However, there are times when it’s better to be safe than sorry. If you are having an issue, take your bow in to a local shop with an archery range. Have them help you so that by the time you leave there, you are dialed in as well or better than you were before you started having the problem.

Both seasoned pros and first year hunters should know it’s important to make sure that your equipment is ready to go. The slightest change in your equipment is enough to throw off a shot. It’s also quick and easy to take a look over your bow and make sure everything is tightened down. That might just be the difference between a hospital visit and a visit to the taxidermy. Happy Hunting!