Deer camp in the past

Traditionally, deer camp has always been a place for the men. A place where men could be men and not worry about accidentally offending a woman that may be close by. A place were we can fart and burp and drink as much as we want without getting hassled by our beloved wife or significant other. Every picture you see from deer camps of the past contain that traditional deer pole with nothing but guys that resemble grandpa. That’s more because of the age of the photo more than the age of the men in the photo, but the point remains the same. Deer camp was clearly a time to get away. Now, I have no doubt that part of the reason for that is that women had no interest in joining their men in the woods for a weekend of drinking and all around foolishness with a bit of hunting going on, but I’m sure there is far more to that story than it seems on the surface. 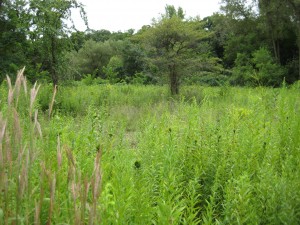 Deer camp these days is a bit less segregated, but there is still a long ways to go. For the past few years my wife has joined in at our deer camp and I believe that all others in the group have enjoyed the addition of another hunter to share in the experience and bonding. It was only today that I found out that may not be the case. It was brought to my attention that there may be a couple members of the group who have the old school beliefs of not allowing women in camp. Yet, from what I’ve observed I don’t believe that to be the case for anyone except the person who said it to me. To say that I was shocked at this new discovery would be an understatement because I had never even thought about that. I was brought up to believe that you should be sharing the outdoors and hunting with everyone you can especially since that was the way our deer camp has run since I was 12. I’ll admit that there have been very few women that have joined in, but I thought it was more because of a lack of interest than it was an old school thought process.

Conclusion; Deer camps of the future 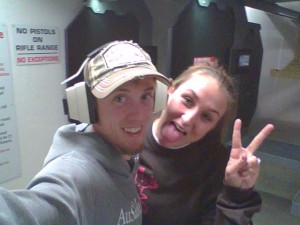 We live in a society today that is constantly trying to not offend anyone. Yet, when it comes to deer camp, it seems as though there are many still stuck in the stone age. Just like people who have race issues will eventually need to get over it to succeed in our society, so to do the members of the hunting community that believe deer camp is meant for men.  Although I must live with the decisions and rules made by the landowner and camp manager, today’s experience has made me start to think more about what I will do when the time comes that I am the one making those decisions. Though I fully respect my elders and what they have accomplished both personally and professionally, there are some things that I will never understand and this is one of them. The past has been filled with discrimination and hate. I hope that the future, both for hunting and otherwise, takes a turn towards kindness for others and a willingness to share the joy of deer camp with anyone who wants to be there. I am dreading the conversation that I will have to have this evening and saddened that I may not get to spend my favorite weekend of the year with my wife by my side as she’s been able to do for the last 5 years.