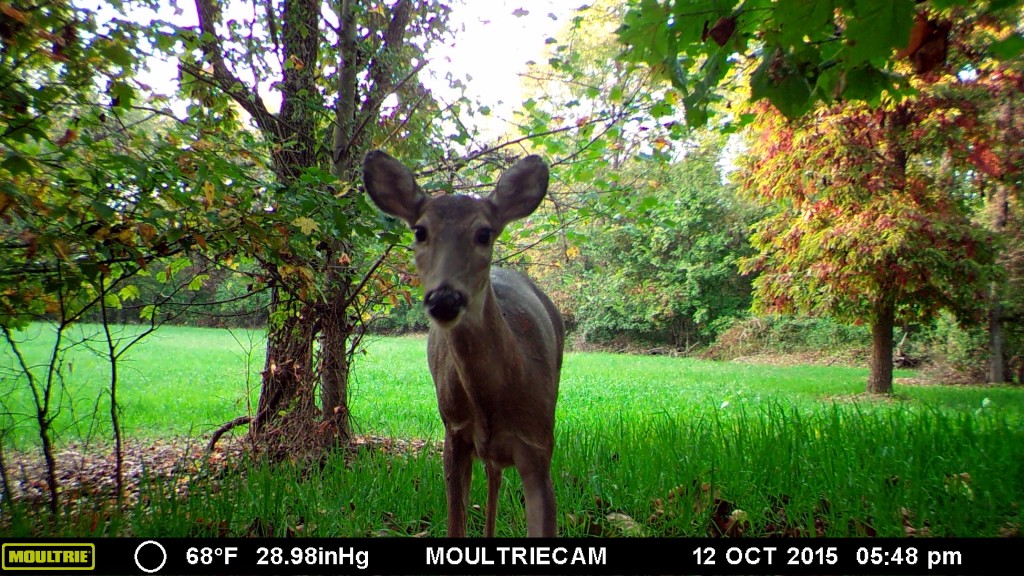 Deer Close Up – The Back Story

I was out hunting for the last few days as every serious hunter does during this time of year. While sitting on the ground with absolutely zero cover, I had this nice 6 point buck walk up to almost 5 yards from me before he realized that something was not right. I believe that he ended up seeing my camera and not me. Unfortunately, I am using a point and shoot camera that is silver and sticks out like a sore thumb along with the steel legs of my tripod. I am hoping to be using some better equipment by next season, but for now I have what I have. You’ll see in the video that luckily for me, the buck did not get too spooked by the sight of something out of the ordinary. I can only attribute this to the fact that I was completely still the entire time, and tried only move the camera when the deer’s head was behind a tree so that he could not see. This would never have been possible had I been playing on my phone and not paying attention to what was going on around me.  This hunt was the last morning that I had before having to head home to give the property a rest before gun season comes along. This is definitely the closest I have ever been to a live deer while being on ground level with it. I have had plenty of deer walk directly under me as I sat in a stand, but this was the most exhilarating experience I’ve ever had with a whitetail while hunting. Seeing a deer close up like this was awesome and I’m really happy that I had decided to pass on the young buck earlier enough to make this encounter possible. Had I decided to shoot this deer I would have been taking the shot just has he enters the same level of terrain as I am sitting on.

One comment on “Deer Close up – My Close Encounter”