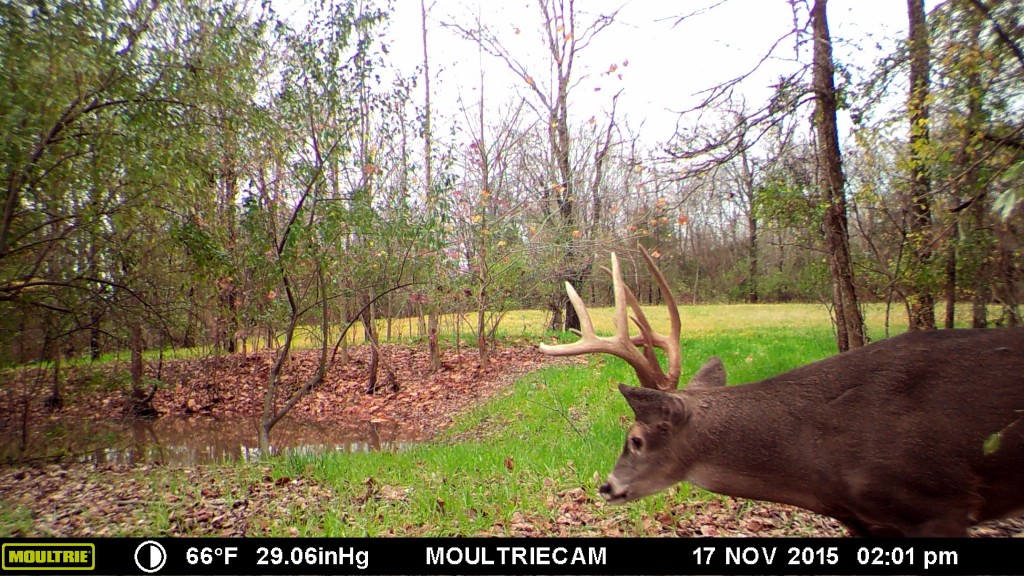 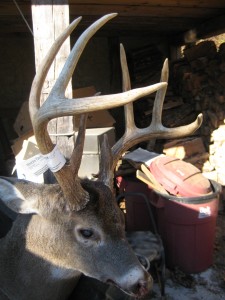 As some of you may already know, I was unable to make it to camp for deer hunting Illinois’ first firearms season this year. Because of that, I made sure that I made it down for the second firearms season. The photo above is the one and only photo that I have gotten all year long of a mature buck during daylight hours. In fact, this is the one and only mature buck I’ve gotten on camera at all this year. Needless to say, when I saw this picture I was pumped! I immediately made that photo my computer background and proceeded to get ready to hit the woods for my afternoon hunt.

I decided to hunt the stand I was in purely based on wind and the area. Nobody had ever harvested a deer from that stand and quite frankly, I didn’t have too high of hopes for that spot. In fact, I was so doubtful of my choice that at one point I actually got down from the stand and proceeded to walk up in the area that two of the bucks I saw that afternoon ended up coming from. However, my desire to get a harvest on film forced me to return back to the stand once I realized that there would be no way that I could film and shoot at the same time from the ground where I wanted to sit. I just wouldn’t have the time to do so with how thick the area was while sitting on the ground. 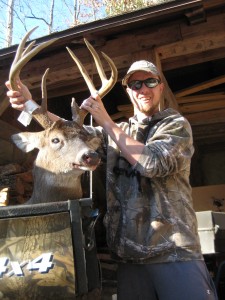 When I first spotted the buck, I had no idea that it was the buck that I had just been looking at pictures of.  When I finally did realize it, I was in a mad scramble to get everything set up to take the shot with my shotgun. Thankfully I was already pretty set up with the camera since I planned on getting the buck on film regardless of whether or not I shot. I have put a lot of hard work in this year and have had lots of stumbles along the way. If you have followed my season up to this point then you already know how proud I am of this buck, even if it was with a firearm and not my bow. I do still have a buck tag to fill with my bow so I’ll be back in the stand shortly trying to get it done. With the majority of the season already passed and the rut basically done and over with, it’s going to be tough. As tough as the season has been so far, It has taken a drastic turn over my last couple hunts as I have now successfully harvested a deer on back to back hunting days. The remainder of the gun season found me following my wife around as she tried to get it done as well. Unfortunately, we did not see a single deer within range during the rest of the weekend. Happy Hunting!