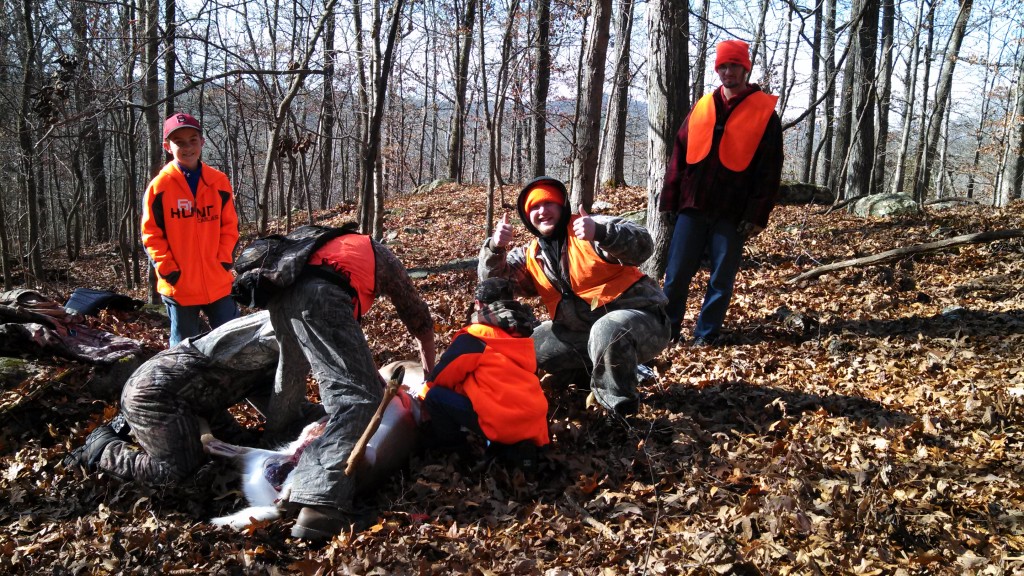 Deer Hunting Season – To Some

It’s serious. Whether they do not hunt with a bow or they purely hunt for the meat, some hunters see deer hunting season as a serious task with no time for fun.  These hunters are on a mission to kill a deer and they won’t let anything stop them. Sun up to sun down this hunter is out in the woods. Human interaction means nothing until he has filled his tags, all of them. I’ve never actually shared camp with a hunter like this, though I came close to being this person myself before expanding in to bow hunting. With such little time and so much passion, it’s easy to get caught up in need to harvest a deer.

Deer Hunting Season – To Others

“It’s 6 am and the sun is already peaking over the horizon? oh, I guess it’s time to head to the stand.” This hunter is purely there for the get away and companionship that goes along with traditional hunting camps. If they spook a few deer on the way in their attitude is “oh well, maybe they’ll come back”.  Being in the stand and getting a deer really means nothing. In fact, they wouldn’t even go to the stand if camp wasn’t totally empty. To this person, it’s all about getting away from real life and enjoying time with friends and family in the outdoors. However long the trip is, it’s probably the only time this hunter will ever hit the woods. We actually have several of these hunters in our firearm season camp. They mostly come to have fun with everyone and enjoy being away. In fact, a couple of them usually never do make it out to the stand because they have each other to talk to the whole time. Before they realize it, hunters are coming back to camp for lunch!

Deer Hunting Season – To Me

Prior to beginning my bow hunting adventures in 2009, deer hunting season meant nothing more than the 3 day first firearm season in Illinois. Since I first started hunting in 1997, that means I had 12 years worth of deer hunting season lasting me only 3 days of the year, while the rest of the year just had to dream about next year. Now though, deer hunting season means 3 1/2 months solid of nothing but deer hunting. Between bow season and the two firearm seasons, I now have a much bigger deer hunting season to dream about during the off season. For the first 12 years of my hunting career, nothing could be better than those 3 days of hunting. Now, firearm season seems somewhat dull in comparison to being out there with my bow. The fortunate part of that though is that I am now able to again appreciate the true meaning of deer camp which is the company the surrounds you. I can take the hunting more seriously when I’m out there with my  bow because the group of hunters is much much smaller, often just me. As I head out tomorrow to our property for the opening of the second firearm season in Illinois on Thursday, the companionship of the group will be my main focus and I’m grateful for that.

I think that most people will probably actually fall somewhere between the some and the others like I do. I still take firearms season seriously enough that I make sure to be in the stand when I’m supposed to but I’ve started stretching lunch out a little longer and am really just looking to take a doe if given the opportunity. My father is closer to the others than he is the some but even he is starting to miss that seriousness of the hunt. He plans on picking up a bow for the first time in years during this off season in order to be ready to hit it hard next fall. His meaning of deer hunting season will again expand and give him more of an opportunity at the caliber of deer he is after. The point is to remember that every hunts differently and that’s okay. To some, the meaning of deer hunting season is a 3 1/2 month long marathon trying to harvest that deer of a lifetime every year. To others, deer hunting season is simply a 3 day get away with friends and family enjoying the outdoors. I encourage those who run the 3 1/2 month long marathon like I do to remember that not everyone takes it so seriously, so sit back and enjoy it with them during the times they are out there with you. Happy Hunting!