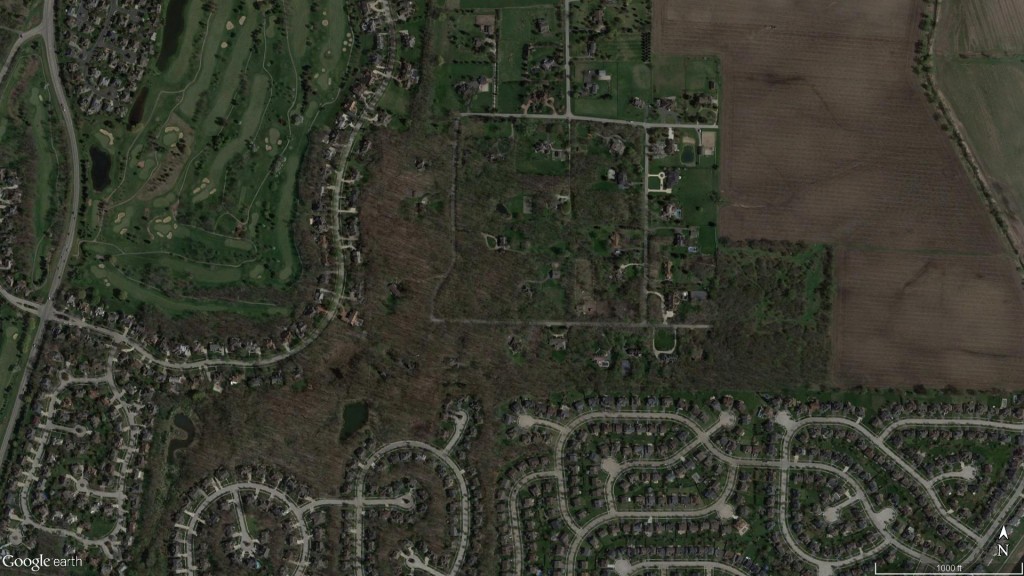 This morning I went out for my first attempt at finding some deer sheds this season. I was in charge of watching my two girls today as well so the three of us decided to keep it simple. We headed over to a local neighborhood that has some timber that feeds in to some agricultural fields (above photo).  The timber connects to a playground just below where the photo cuts off in the bottom left corner. We walked along the low ground in the middle for as long as the kids could stand it (about 30 minutes). Unfortunately, we only made it to the first pond that looks like a question mark in the same bottom left corner of the photo.  Though we were unable to walk for very long and did not find any sheds, we did happen to find a ton of sign. That area is just covered in tracks and scat and rubs all over the place. I couldn’t believe it because as you can tell by the photo, it’s a very human infested area. What makes it nice for the deer though is that it’s a very wealthy neighborhood. Because of that, there are very few people that would even consider walking through the woods and swampy area where all the deer are. I have already called in some reinforcements and plan to hit the area up again very soon to scour the area much better and quicker. With the girls starting to get a bit hungry and not wanting the snacks I brought for them, we headed back towards the truck. Once there and I noticed that we had only been out there for half an hour, I decided to let them play in the park for another half hour before we headed home for lunch. Though it’s always disappointing to come home empty handed, I had a great time with my girls this morning walking through the woods. Seeing my daughter yell out and show me each and every pile of deer poop that she found is priceless. Happy Hunting!