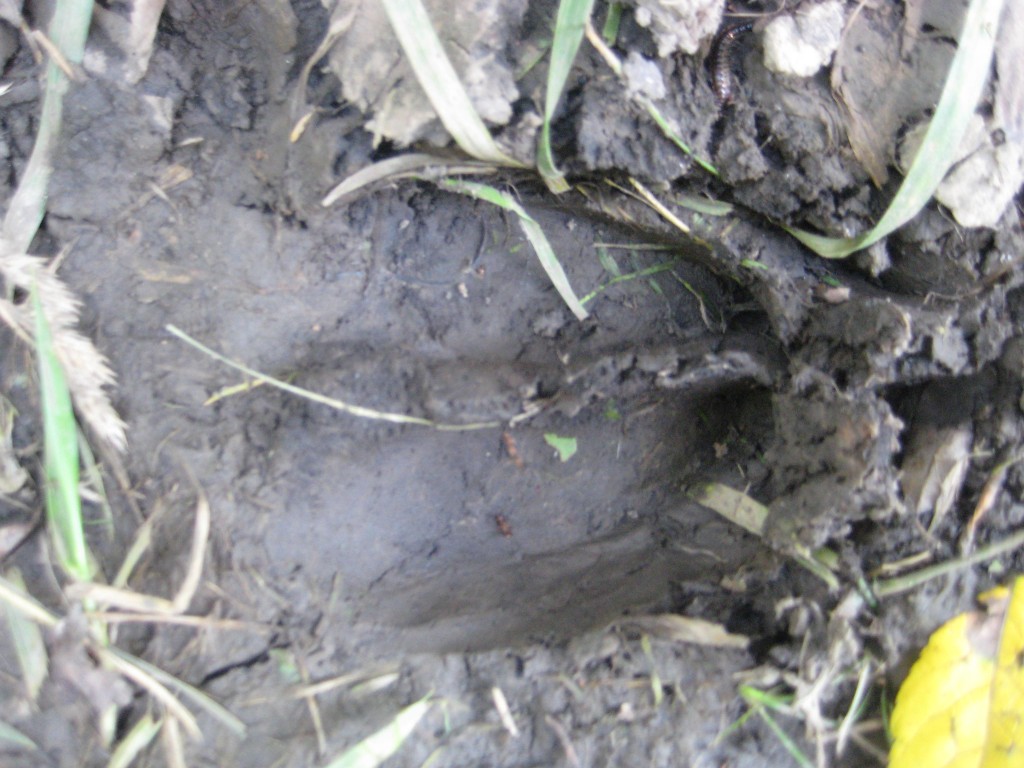 As a hunter, when you stumble across some deer tracks it’s hard to ignore that feeling of wonder. You wonder where they lead, where they come from, why the deer chose to use that route and any number of other questions as well. Luckily, if you take the time to dig a little deeper, the situation surrounding the tracks can help you determine a few different things about the deer that made them. Though the rest of the family tends to get a little restless as I examine and analyze the track I can’t help but go through the following questions each and every time I come across deer tracks.

The Basics of Deer Tracks

First off, how big is the track? Any track that is roughly two square inches or smaller was made by a fawn. A track that is bigger than that was made by a deer that is at least 1 year old depending on the time of the year you find the fresh track. Though it’s not a scientific fact, a hoof print that has a pad (half the whole track) wider than 1 inch is pretty likely to be made by a mature buck. Next, take notice of which direction the track is facing. The direction that the hoof is pointing tells you which direction the deer was traveling.

The Questions of Deer Tracks

From there, think about where the track is pointing. Can you think of somewhere that the deer might be headed to? Now, turn around and look the other way, what land features are in that direction that you think the deer may have come from? For both of these questions, think in terms of food and bedding cover. Just about every movement that a whitetail deer makes somehow relates to food and bedding. Take a look at the track itself. Does it appear to be spread out or is it just a subtle print? If the track appears like the one in the above photo, then you can assume that deer was calmly walking along. However, if the track is really spread out then more than likely that deer was running. Along with this will be the depth of the track. The spread out track tend to be deeper because of the added weight put on the foot while running.

Obviously, there are things that can affect how the track appears which would give you a wrong impression. Something that is easy to get fooled by is a track that appears to be made by a huge deer when it was really made by a young one. This happens when the deer slips, causing their hoof to slide before catching hold. As is slides along it makes the pads appear larger that they really are. In order to not be fooled by this, take a look around the immediate area. Is the track on an incline or hill? Has the weather been rainy? The key here is to consider the surroundings. Thinking about the big picture can often put small details in to perspective. Rain can also affect the depth of tracks. Even though bigger deer tend to sink in farther than smaller deer, mud can make it hard to distinguish.

A few other key things for those of you that may be like me. Take note of where you found the track either mentally or with your phone. When you get home (or right then and there if you have the time), take a look at an areal map to help give you an even better overall perspective of the area and ideas as to where that deer may have been coming from and /or going to. Maybe I’m a little too passionate about this but these are the things that go through my head every time I find deer tracks while I’m out on a walk. Doesn’t matter where I am or who I’m with, I have to stop and examine the track and go through to above process to try and discover something new about deer movement. Happy Hunting!