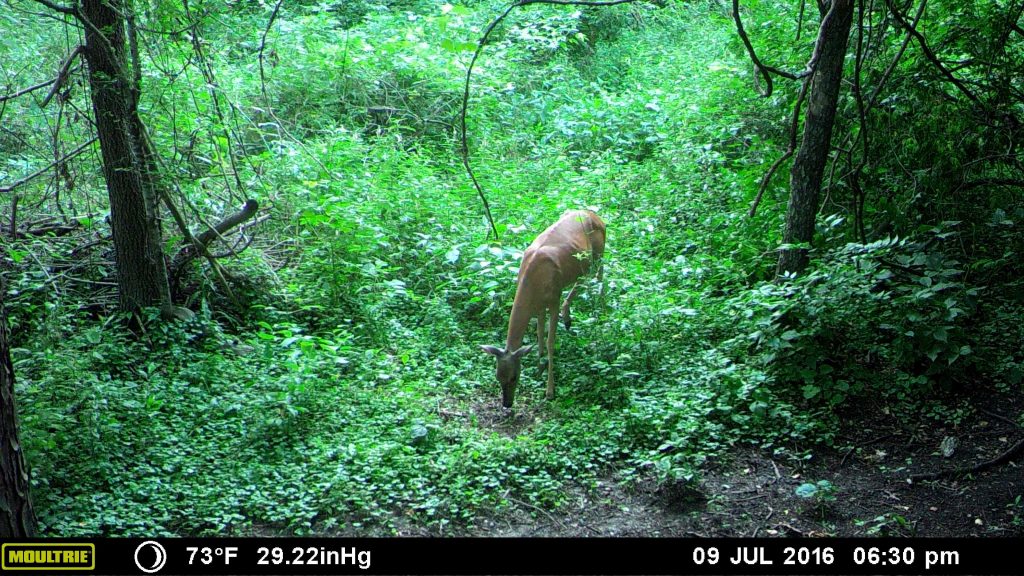 Is a Mock Scrape Hard to do?

When I first heard the term “Mock Scrape” I had no idea what it was or how to do it. Really, at the time I hardly knew what a real scrape was. That being the case, I honestly didn’t really care what a mock scrape was. I also figured that it was something difficult and couldn’t really help my hunting anyway. However, since I’ve always had such a passion for whitetails I did wonder how to make a mock scrape.

It’s been quite a few years since I first heard about mock scrapes. Since then, I’ve heard many more stories and seen a lot more of them popping up on the land I hunt. The addition of food plots created an explosion of scrapes. With that came a renewed interest in learning more about them. With a little bit of digging I realized just how to make a mock scrape really quickly and easily. In fact, the one I made last week had a deer checking  it out within 24 hours! 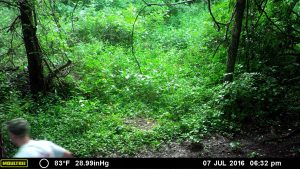 This photo shows me leaving after making the mock scrape and setting the camera up. The Photo at top shows a doe checking out the scrape less than 24 hours later!

How to make a Mock Scrape

The Steps for How to Make a Mock Scrape 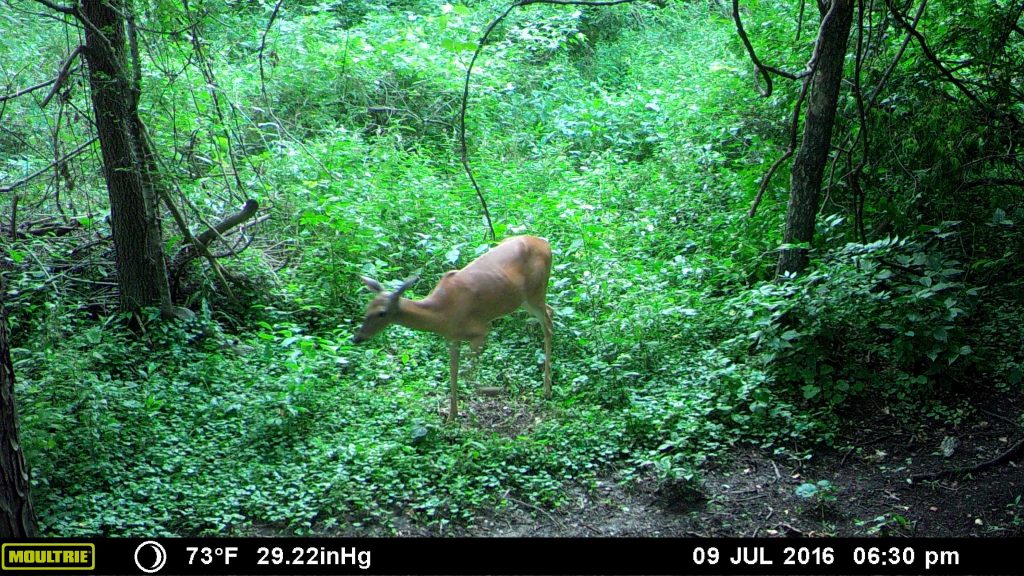 Using my own pee was new for me this year. The early evidence is telling me that it was a good idea. Only time will tell if the trend will continue, but so far I’m happy with the results. I have photos of the deer right before and right after visiting the scrape. She was not spooked by it at all. I will have to change the camera over to video mode in order to see if any of the does that come up to it have actually used it or not. Either way, there has been a decent amount of interest in the scrape from the local doe herd. The jury is still out on the bucks.When I go back in to swap out the card in a couple weeks, I will switch the camera to video mode and hope to find some bucks.

The camera is located on the funnel property and is within 80 yards of where I shot my doe with a bow last season. During that hunt I nearly got a shot at a very nice mature buck. This season, a mature buck walking that same trail will not be so lucky. I chose a new tree to set up in that allows me to hide from the deer coming down that path. I’ve also got a new tree to hunt from that can shoot to this mock scrape. I look forward to seeing what comes from this one. I encourage you to get out there and use your newfound knowledge of how to make a mock scrape. Happy Hunting!

One comment on “How to Make a Mock Scrape”