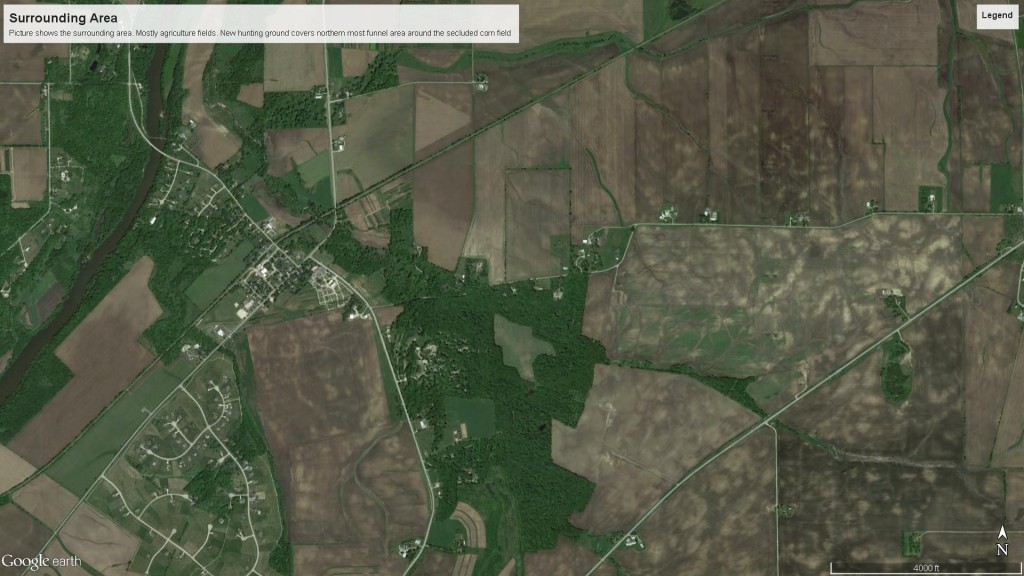 Got a New Hunting Ground!

After talking with the property owner for the entire off season, my wife and I were finally able to make the trip over to officially check out the new hunting ground we were able to get permission to hunt. The best part about this new place is that we are not going to have to do anything in order to have permission to hunt this place. My wife met the landowner through work and has been slowly working our way on to the land ever since. Just like my really local spot, nobody that lives on the land hunts it. In fact, nobody in the family of the landowners hunt. We are so happy about this new spot because it is less than an hour away from our home, allowing us to run over there for either an afternoon or morning hunt without too much trouble and planning.

Who Can Hunt it?

We are not the only people that have the opportunity to hunt this spot. Luckily though, the other two people who have permission to hunt the land only took the stand one time each last season, making this spot not very pressured in terms of hunting. There are only 12 acres, but it’s more than enough to take advantage of a wet weather creek crossing and corn field corner. 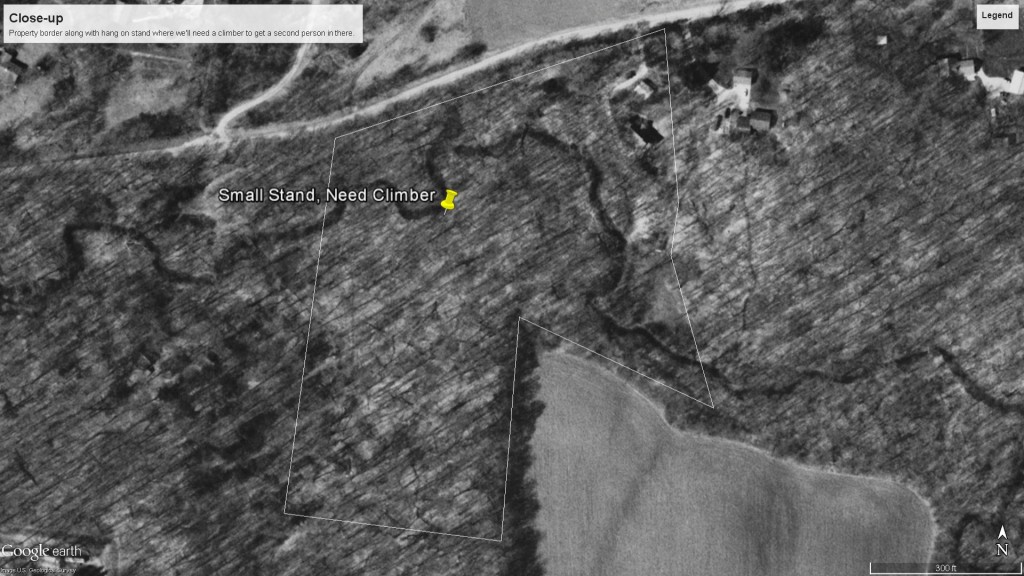 This property is actually in a good spot. The area is mostly agriculture fields and this property happens to be part of a big timber stand with miles of fields around it. The property borders a corn field that is completely tucked in to the cover of the timber, making it a great place for a big buck to feed during daytime. The landowner says that the farmer routinely looses at least two full rows of corn all the way around this particular field. There are two different stand locations that are currently on the property. Both of which were either built or put up by the other two hunters and each of them are fine with anyone hunting the place to use them. I will only have to bring in a climber stand in order to hunt one of the two stand locations because the second one is like a high rise shooting house with half walls all the way around. It is massive and has more than enough room for me and my wife to get in together. The climber for the other location will allow us to sit in the same tree. The picture above only shows the hang on stand location because that is the one where I plan on spending the most time as it will allow me to get a better idea of how the deer move on the property before setting up another spot that may be close. The other reason is that I don’t believe that the massive stand is placed right to take advantage of any wind condition unless the deer come from the opposite place that I would expect them. Only time will tell, but I look forward to getting in the stand on this new hunting ground! Happy Hunting!