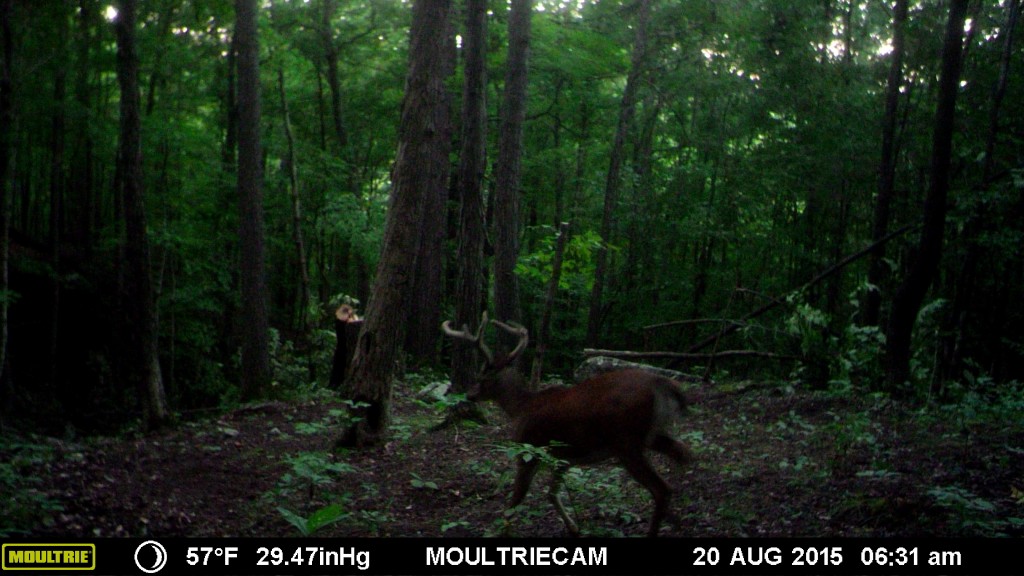 In general, you can expect deer movements times to be pretty consistent. Deer will move most often during the early morning and late afternoon. More specifically, the peak deer movement times on a daily basis are the first hour after first light and the last hour before last light every day. Luckily, here in Illinois we are able to legally shoot from 1/2 hour before sunrise to 1/2 hour after sunset. This pretty much gives us the best chances at harvesting a deer. If you have ever been in the woods 1/2 hour after sunset or before sunrise, then you know it’s still very hard to see. At best, you might be able to ethically make a 10 – 15 yard shot at that time (in the woods, field edges are much brighter at this time already). Deer are mainly nocturnal by nature because they are very much a prey animal. Deer like to use the cover of darkness to avoid predators so they try to not move very much during the daylight unless they feel like the area is very safe. Most of the time all that is required for that is plenty of cover and very little human interaction, especially during hunting season.

Exceptions to the Rule

The biggest exception to the peak deer movement times is during the rut. At this time of year, bucks are running does all over the place. If not, they are searching for a doe to chase. Because of this, bucks, even big bucks, can be found roaming at any point during the day. There have been record book bucks that have been taken at all times of day. During the rut, if you are able to spend an entire day in the stand, then you should do it. This is especially true if you have a great funnel location. Funnels can produce some phenomenal hunting opportunities during the rut because a buck that could live miles away is going to use it if they are in the area. Deer are programmed to value their safety so even though they are acting out of the norm by being active all day long, they are still going to try and stay within cover. There are many differing opinions on other exceptions to the rule of peak deer movement times. The two most notable are Moon timing/phase and weather fronts. I would say that weather fronts are a very good indicator of deer movement times, especially for mature deer. During the hunting season, the weather fronts that you want to look for are cold fronts. The back side of those fronts are when you want to be hunting, especially during early season. Happy hunting!