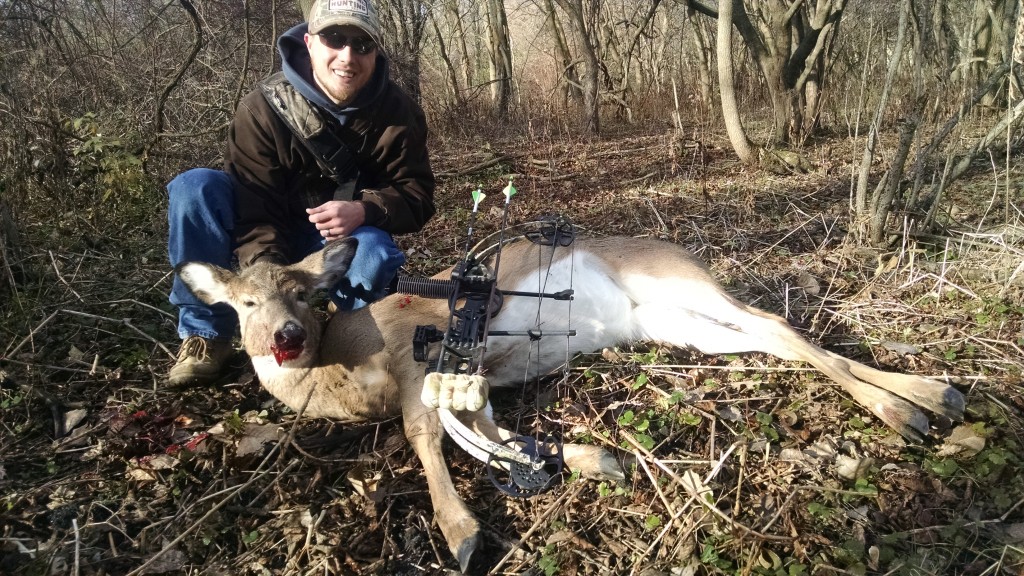 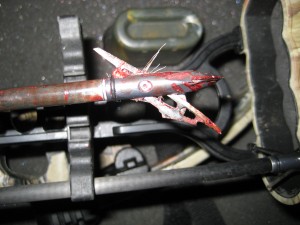 After finally having the chance to fling an arrow that was tipped with a rage 2 blade broadhead, I am happy to report that the broadhead did it’s job! The story of that harvest can be found here. After taking the shot, I thought that I may have hit a little high, but was hopeful that my being in a treestand was a high enough angle that I had connected with both lungs. Even though I had seen blood pumping out almost immediately, I was still unsure of the hit until I saw her go down after running roughly 60 yards. upon retrieving the doe and removing the guts, I did a thorough search of her to see exactly what had happened. As it turns out, the arrow had entered near the top of her rib cage as expected, missing any rib bones. From there, the wide rage 2 blade put a 2 inch slice in the near lung before devastating the far lung with a direct hit.

Totally recommend these broadheads for anyone looking for a mechanical broadhead. Even though the only reason I tried them to begin with is to hide a tuning issue, I have to say that I very much appreciated the wide cut that helped put a massive slice through the close lung. I will be replacing the blades and reusing the broadhead on my next hunt. The only bad thing I can say is that one of the blades bent while trying to exit through the far side rib cage. This isn’t really much of an issue though since the blades are easily replaceable. The Rage 2 blade broadhead can be found at Amazon.com for a good price and they’ll be at your door before you know it. Happy Hunting!!