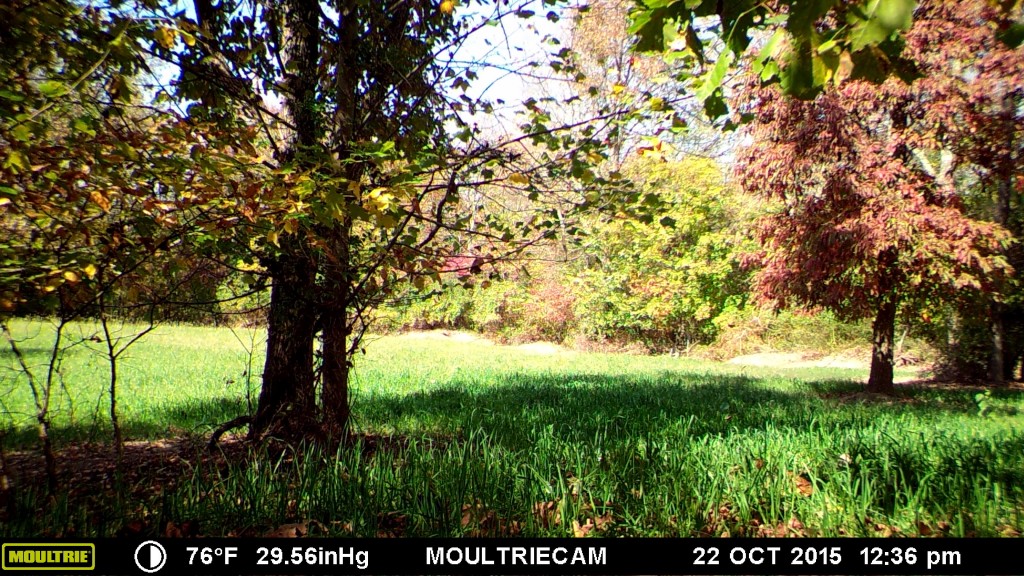 I just got back from my second hunt on the property down in Southern Illinois. I was really hoping for that typical Southern Illinois rut hunt that would bring bucks running all over and chasing does. Unfortunately, that was not at all the case. Though there were quite a few scrapes and rubs in places that we see them every year, I did not see the massive rubs that I had seen last year. Also, many of the scrapes look like they had not been hit in several days, indicating to me that the breeding had most likely started already. Add to that the warmer than average temperatures and we were already facing an uphill battle before we had even hit the woods! I keep saying we, so I should mention that my brother was along on the trip as well and had one of the roughest hunting trips he’s had in a long time.

We were down there for a two and a half day hunt because that was all the time we had due to work obligations. The temperatures on the property were running about 5 degrees above average but because we were heading down there to hunt November 9th to the morning of the 11th, we though we would still have pretty good chances of seeing some good chasing activity.  For my brother Zack, it couldn’t have been farther from the truth. He only saw 4 deer during the entire trip, all of which came on the first day. He went an entire day and a half of hunting without seeing a single thing. I never would have believed it if I wasn’t there with him simply due to the time of year and the fact that nobody had been pressuring the property for a few weeks, so things should have been plenty settled down. On top of only seeing the deer during say one, he had no shot at any of the deer he saw. I on the other hand actually had a decent trip. In fact, I would have to say a successful trip even though I did not harvest a deer. You’ll see in the video two of the three encounters I had where I absolutely could have taken the deer and decided not to. All three were young bucks and are not on my hit list. In total, I saw 17 deer, a minimum of 16 turkeys, and a few other various animals. There was only one sit that I did not see a deer, so I was happy. I did however have a few camera mistakes yet again. Luckily, they were just dead battery issues that are easily fixable. Enjoy the first installment of the Deerhuntertips.com Video Hunting Log.