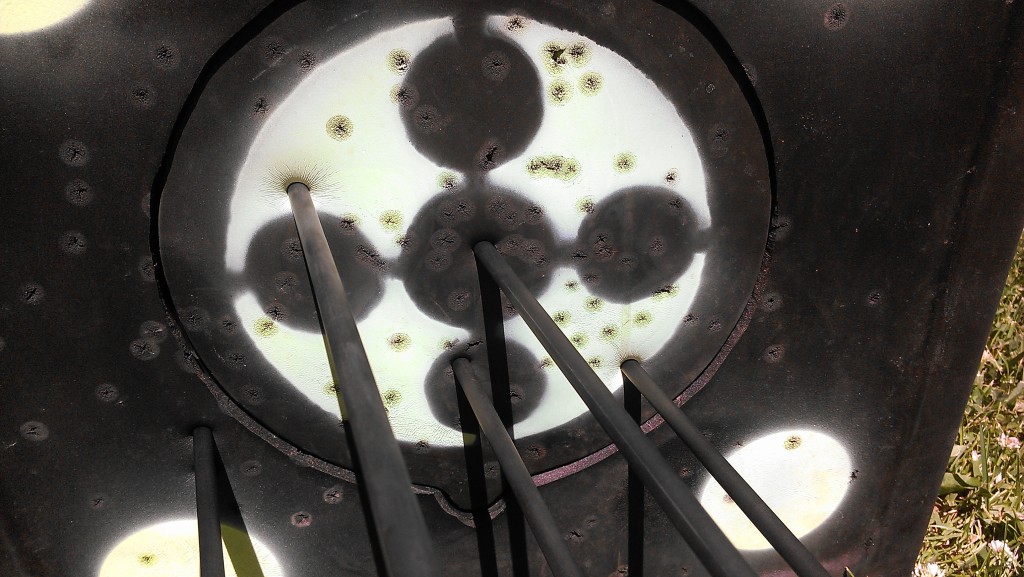 First of all, let me ease your mind a little bit. Target panic is something that almost every single archer is going to deal at some point. Some will have an issue with it right at the get go and others won’t have any problems for years and then all of a sudden they can’t hit the broad side of a barn. When I first started to shoot a bow and arrow, I most definitely had some issues with target panic because I just wanted to see where my arrow was hitting so bad that I couldn’t wait until after my follow through. Once I took care of that, the next time I realized I was having some target panic was when I switched from using my fingers to using a release. To make matters worse, I also still constantly deal with target panic when shooting at a live animal. All of these scenarios are being brought on by different things, yet all have the same end result in the accuracy of my shooting. Chances are you are the same way and that’s okay.

In all reality, just about anything can cause you to panic. There are so many things that I couldn’t even try to list them all. Instead, I’ll give you some of the most common reasons for target panic and then you can see if you may have a similar situation. The number one reason for target panic is lack of confidence. This single cause of panic can manifest itself in many different forms. We all want to know where we are hitting when we release the arrow. If you lack confidence in your shooting, you will inadvertently keep looking to see where you hit before you are finished shooting which will cause your shot to be way off. Another major cause of target panic is bad form. There is a devise called the Steady Form that will help with certain issues, but the best advise for correcting these issues is learning how to correctly shoot a bow and then doing it over and over again until it’s second nature. I have personally had issues with both of these. The first was when I first started shooting and just couldn’t get the handle of following through. I was shooting with fingers so just thought I wasn’t being consistent with my release. The second was when I switched to a new release. I was punching the trigger instead of the slow pull I should have been doing. Another huge target panic creator is a moving target. When your target is moving or at least able to move, it adds an element of stress. People tend to panic when under stress. I think every single person deals with this one on two levels. The first is the target panic because you want to make a good shot and the target could move at any second and the ever present buck fever is the second cause of stress.

For more tips on how to improve your accuracy, check out Top 5 Archery Accuracy tips and Archery Hunting Tips – Practice

How to Correct Target Panic

The absolute simplest answer I can give to that is to slow down. Take the time to calm yourself down and go through your Pre-shot checklist. Your checklist should include making sure your form is correct and be long enough to distract you in to calming down. If you just can’t get yourself to stop trying to watch your arrow, then start trying to watch it through your peep sight (get a bigger one if you need to). If you can’t kick that habit, then you will never be able to get good consistent groups. Another option for combating watching your arrow is lighted knocks. They will allow you to have a brighter arrow and a better chance of seeing where it impacted without having to move your bow. If you focus on making a good shot, you shouldn’t have time for target panic.

If you put some work in, you too can overcome target panic. Chances are, you’ll have to overcome it several times as you progress and a hunter and change things up. Remember that it could be the simplest of things that are causing you to have target panic and do your absolute best to remedy those issues prior to hitting the woods. The more practice you put in the better it will get. If you can stay focused while taking the shot and run through your checklist while you practice, then it should be second nature once there is a live animal in front of you especially if you have followed my tips from Archery hunting tips – practice. Happy hunting!