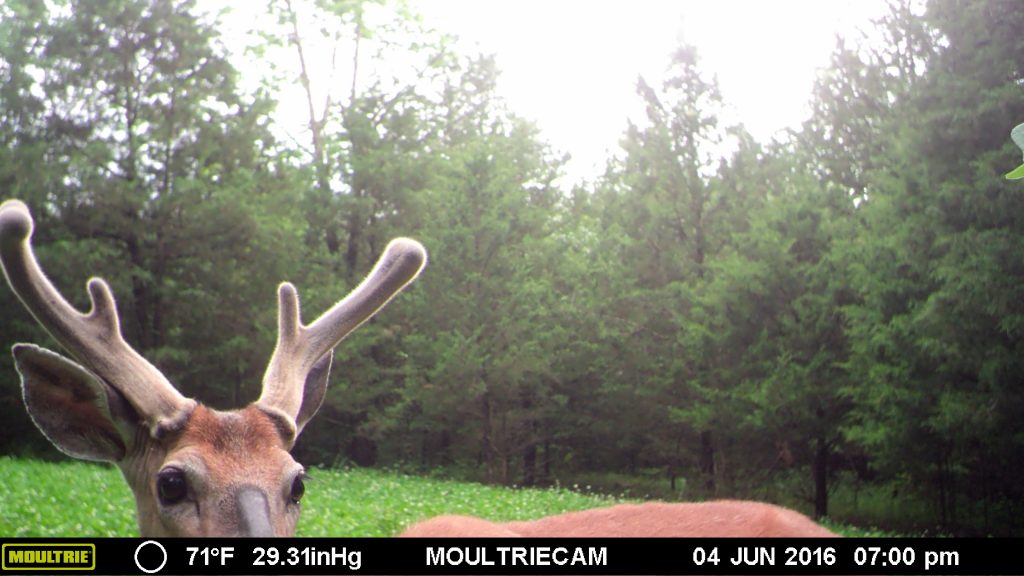 Let’s face it, we’ve all been there. We hear a twig snap or some leaves rustle and we automatically go into kill mode. Usually, this happens before we even confirm that a deer made the sound! I know I’ve done it. Buck fever is something that every hunter experiences. Though I hope that it’s always a deer that gets your blood boiling, I know that’s not always the case. To help those who feel like it’s abnormal and give a laugh to everyone else, I’m going to share some of the things that routinely give me false hopes. So, without further Ado, here are the Top 5 Things that Sound like a Deer.

Maybe it’s just me, but a falling stick is one thing that is also able to trick me from time to time during the early season. Sometimes it’s the crack and snap as it breaks free from the tree. I look in the direction of the sound for a deer only to be disappointed by the sight of a falling twig. Other times it’s the thud as it hits the ground making me think I’ve been busted by a smart old doe. The dreaded Stomp. Honestly, I’m usually relieved once I identify the source of this sound. All to often you hear the term “widow maker” and it’s something I always try to be conscious of when choosing a tree to put a stand in.

This may or may not surprise some of you. During the 2016 opening weekend of archery season this past weekend, I was tricked many times. Not only by another culprit that I’ll be discussing later, but also the wind. A quick gust of wind that sweeps through the area gets me every year. This is one I can’t shake, even 18 years into my hunting career. Rustling leaves, whether on the ground or still clinging in the treetops can easily sound like a deer. Especially during the first few hunts of the season. All too often we get too excited at the beginning of the year. We (or at least I) have to re-familiarize myself with the rustling of the wind.

Maybe it’s just me. Each year at the beginning of the season, that first couple of sits, I get tricked by the sounds of a bird. To me, I hear leaves crunching when it’s actually a beak chirping. If I’m going to be totally honest, there are a couple of bird sounds that even trick me towards the end of the season as well. It could very well be that I’m just that excited to see a deer. If that’s the case, I’m okay with that.

This would be like the raccoon that has come to find me multiple times already this season. The first time, I wasn’t able to get too good of a look at him other than thinking that he looked a bit oversized from the looks of his face. If not a raccoon, how about a possum? Or maybe it’s a bobcat or hog or mountain lion. It all depends on where you hunt. Though with time one can more easily distinguish between multiple animals, it’s something that takes time. Don’t be discouraged if you too struggle with identifying other animals versus deer as they head towards you without a visual.

This is the one you’ve all been waiting for. As I cruise through multiple different hunting community sights and groups, this is a major one. I’m glad that I’m not alone with this one too. I swear that half the time the squirrels know exactly what they are doing to us. Luckily this past weekend was wet. Because of that the squirrels only made noise as they jumped from branch to branch.

If you’ve ever been tricked by things that sound like a deer, you are not alone. I promise you that most hunters fall victim to the sounds of a squirrel at the very least. The key is to remain vigilant. As soon as you stop looking for the source of every little sound, that’s when it’s going to be a deer. It never fails. In fact, just yesterday I allowed two does to get within 20 yards of me because I thought it was a squirrel that had been running around all morning. During the early season it’s especially easy to get tricked by sounds that are not deer. So the next time you’re in the woods hearing something that sounds like a deer ask yourself; “Is that one of the top 5 things that sound like a deer?”