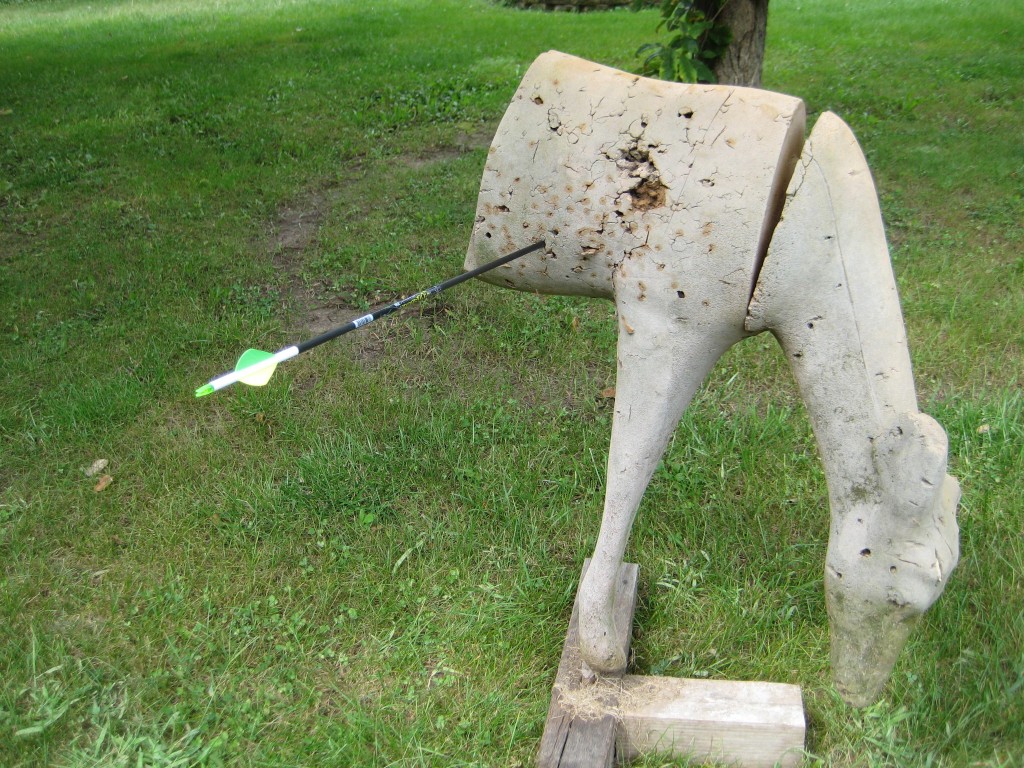 I want to focus on archery hunting for the purposes of this article. However, the correct location of where to shoot a deer discussed for archery hunters is the same place a gun hunter will want to aim as well. As a gun hunter, you can be far less worried about an exact aiming point (though I still recommend aiming small to miss small) because the power and damage carried along with the impact of the bullet will shock the system far more than the impact of an arrow. In order to accomplish a successful, ethical harvest, an archery hunter must aim for the heart in order to make the quickest and surest kill.

Where to shoot a deer 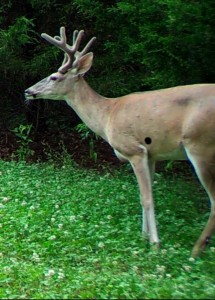 Aiming at the heart will do two things for the archery hunter. First off, how many times have you taken the shot only to have the deer “jump the string” on you. By aiming for the heart, even if the deer drops in an effort to start running away, your arrow will still impact in the kill zone with a double lung shot. As a side note, deer don’t jump your string, they are actually hearing the arrow coming and reacting to that. I have seen evidence of this with videos on Youtube and have also confirmed this thought with my own experiment last summer. More on that in a future article. The second reason that a bow hunter should aim for the heart is because this will be the fastest way to take the animal down. With a heart shot, your tracking job will be short and sweet. No matter what the deer does or doesn’t do, if you aim for the heart, you have given yourself the best possible odds of making a quick and clean kill. In the example picture to the right, you can see that this deer is just slightly quartering away. From an eye level position, the black dot is the preferred aim point. If you are looking from a tree stand, the aim point would need to be slightly higher to account for the downward angle of the shot. Remember, a deer is a 3D animal, not a 2D target.

Are there any disadvantages?

Where is the heart? 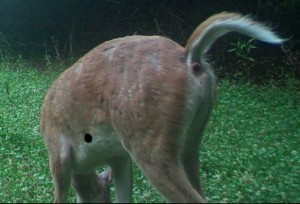 Generally speaking, if you aim for the lower third of the deer as close to right behind front leg/shoulder as possible, you will have a good chance of taking out the heart. The ability to take out the heart on a consistent basis with a bow and arrow will take some time figure out if you are new to the sport. There are multiple places all over the internet where you can get detailed information and images on whitetail anatomy. Amazon sells a product from deer and deer hunting called the shot simulator. It is relatively cheap and will give you the ability to learn deer anatomy and practice shot placement to see exactly what type of damage will be done for any given shot. In the picture in this section, you can see the deer is clearly quartering away at a pretty severe angle. In that scenario, the black dot is located in prime spot to aim. Keep in mind that like the above example this view is from eye level as if you were to shoot from a ground blind. From a tree stand, the aim point for arrow entry would be slightly higher in order to account for the height difference.

Whether you are shooting with a gun or a bow, aiming for the heart is going to be your best ethical shot. Gun hunters will not have to worry about it so much, but for you bow hunters your shot placement more often than not means the difference between recovery and leaving a wounded deer in the field. With a bow and arrow, the deer is going to react to the shot a huge majority of the time. With that said, if you take the time to prepare for your next hunt by studying shot placement in respect to where to shoot a deer, you will have a higher chance of bring that next deer home even if it decides to “jump your string”.