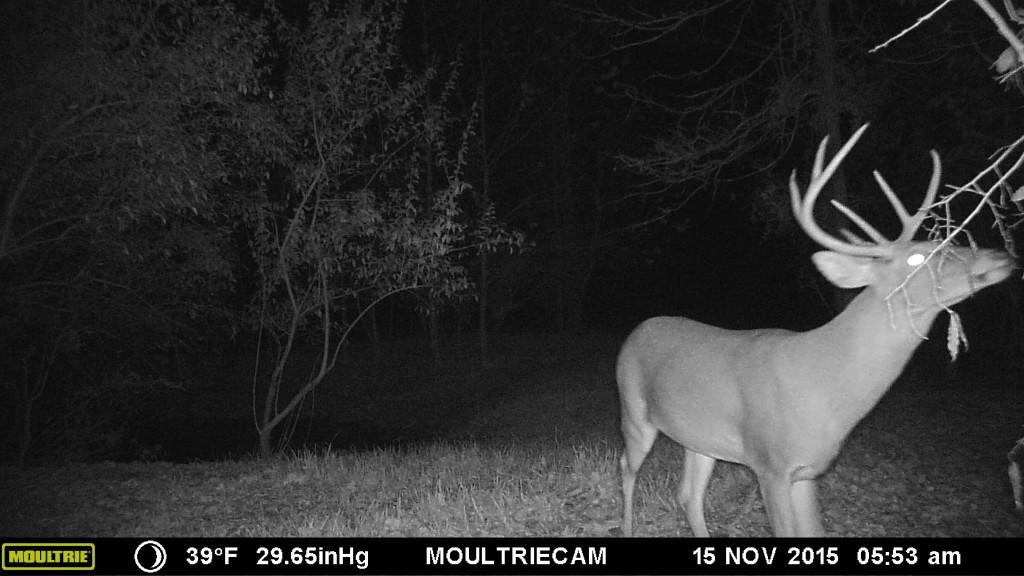 Each spring, bucks begin to grow new antlers for the upcoming fall rut. Just how big those new antlers will be depends on a wide range of things including overall health and nutrition. As we watch bucks age, it’s awesome to see just how big of a difference one year can make in antler size. In fact, this year we have a deer that we estimated to be 2 1/2 years old but has one of the most impressive racks we have. He is even better (score wise) than many, if not most of the 3 1/2 year old bucks that we identified. We are more than excited to see what he turns in to next year. With all the excitement I’m sure you have wondered to yourself “why do deer shed their antlers”?

A Not So Scientific Explination

During the first year of life, bucks don’t need any antlers because they are not old enough to even bother trying to breed a doe. If they did, they’d easily be pushed away by the doe. The next year, when they’re 1 1/2, they do have the slightest fighting chance, so they grow some antlers in order to fight for a spot. This rarely works for him even though a few youngsters are able to successfully breed a doe each year. For the next year, the buck definitely does not want to miss out on breeding for another year so at 2 1/2 he grows a decent set of antlers. This allows him to fend off all the 1 1/2 year old bucks and even possibly out do a 3 1/2 year old (so long as there isn’t a 4 1/2 or 5 1/2 year old around). At 3 1/2, he’s now feeling like the man, so he does his very best to grow a big set of antlers. Though he does a great job, he still will not be able to out muscle the older guys in the area, but he darn sure isn’t about to lose a fight to a younger buck. By the time a buck hits 4 1/2, he knows that he is in the running for any and every doe in the area, so he sports a huge (almost peak) set of antlers and dominates the rut. At 5 1/2, his the head honcho and he knows it. This year, he grows what is most likely going to be his biggest set of antlers and has his way with just about every doe he comes across during the rut. Around 6 1/2, the buck begins to tire so he may or may not grow as big of antlers as he did the year before. Beyond this, with each year the buck gets more and more tired and in turn grows smaller and smaller antlers.  Though my not so scientific answer to “why do deer shed their antlers?” is supposed to be funny, it does follow the correct timeline for when to expect a buck to grow it’s biggest set of antlers.

For more on Deer Biology, check out Deer Eyes, What Do Deer See? and Do Female Deer have Antlers?

So Why Do Deer Shed Their Antlers?

Though a buck will shed his antlers each and every year, the exact time that he sheds them will be different every year depending on a multitude of different factors. We should just be happy what we get to partake in shed hunting every year because of this phenomenon. Though science has been able to determine exactly what happens in order to make the antlers fall off and regrow each year, there is still a lot of research left to do. As the hunting community continues to grow in it’s knowledge and pursuit of mature bucks, we will start getting more of these answers. So the next time someone asks you “why do deer shed their antlers?”, you can decide to give them either the scientific or not so scientific answer. Happy Hunting!