A Present From The In-laws

My wife’s parents are great people. The longer I know them, the more it seems that we have in common. It first started with our mutual ease of numbers and has grown to include a love of shooting sports as well as a few other activities. One area that we don’t have in common though is our preference for the outdoor life versus city living. Because of that, they have historically had no idea what to get me for Christmas and birthday gifts. That being said, this past birthday they went out of their usual box and bought me something that has gotten a tremendous amount of use and set me up for the perfect backyard range. I was truly excited to see the Field Logic 3D Shooter Buck archery target when it arrived. Almost immediately, I took it out to the backyard and set it up as my 30 yard target.

The one bad thing that I can say about the target is actually somewhat negated by a good thing about it. The aspect I’m talking about is the fact that the target is made from Styrofoam. The bad part about that is that if you start shooting broadheads at it you’re going to tear it to pieces pretty quickly. However, the fact that it’s Styrofoam is a good thing because it makes the target extremely portable and easily moved (if you have a base like in the photo). So long as you plan on shooting nothing but field tips at it, the target should last a couple seasons depending on how often you shoot. Luckily, if you’re a good shot you wont have to replace the entire target each time because the Field Logic 3D Shooter Buck archery target has a replaceable kill zone. I have put quite a few arrows in to the target this past 6 months (Including fixed blade broadheads) and feel like I should be able to get through a decent portion of the summer before I’ll have to replace the core. I have to make a bit of a disclaimer though. When I shoot my fixed blade broadheads through the target, I remove them before removing the arrow from the target. Doing so helps keep the target from getting ripped apart by the blades. Keeping in mind that I have 3 targets that I rotate through when I practice, I tend to use the 40 yard target the most followed by the 30 (which is the Field Logic Shooter Buck) with the 20 yard target being used the least. 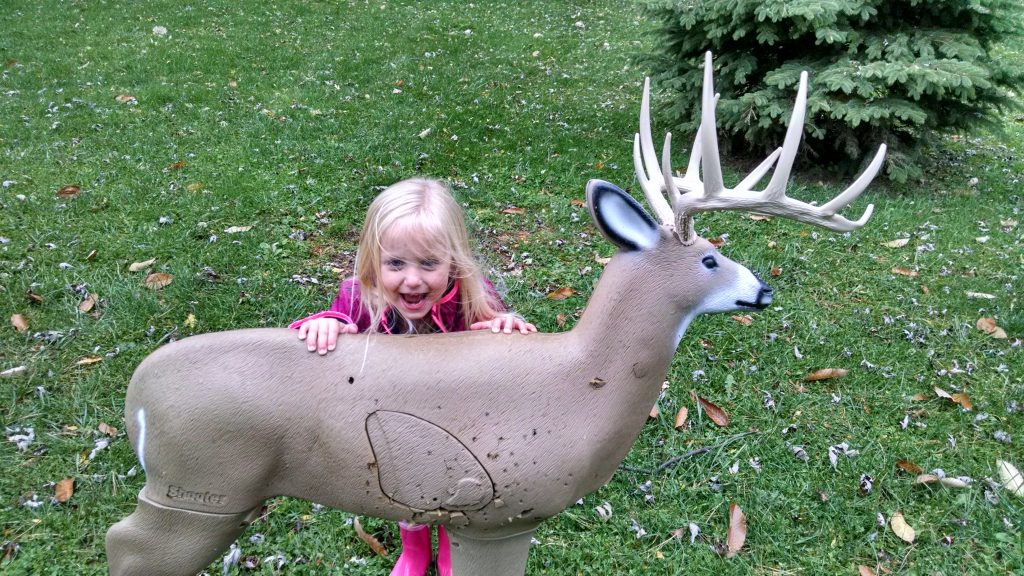 The bottom line on the Field Logic 3D Shooter Buck archery target is that it’s a great practice target. I have to be honest and say it is probably better suited for use on a range so that it’s not taking the full brunt of your practice. That being said, it’s a great target to help you learn shot angles and practice shooting at a target that is somewhat life like. The only reason I saw somewhat is because the actual size of the target would be equivalent of a six month old fawn rather than the fully mature 10 point it appears to be with it’s impressive rack. For $84.99 on Amazon, it’s relatively well priced as well, especially for those of you who are Prime Members and get to avoid the shipping charges and have it to your door in 2 days.