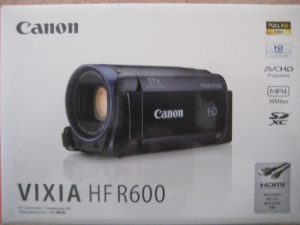 When I got it and What I’ve Got

Recently, I had a someone ask if I had any video of my hunts with the Canon Vixia HF R600. I had to tell him that I had not published any video of my hunts with the camera as of yet. Because of that, I wanted to take the time to dig through some footage from my hunts during the 2015-16 archery season. I got the camera as a Christmas present which made me one happy hunter. But, because of that I was only able to use it for a short amount o f time before the season ended. Even still, I was able to  get plenty of good examples of the video quality during a couple hunts.

In the video you’ll see an example of the zoom capabilities as I zoom in on two deer that are roughly 80-100 yards away. This hunt was while sitting on a funnel. There are three main trails that the deer use after coming through the funnel. Two of the trails lead within bow range but the third one doesn’t even come on to the property that I have permission to hunt. It’s two young bucks that decided to take that third trail. With that, I decided to check out the zoom and see if I could count the points.

At the time the second clip was taken, there was maybe a minute or two of legal shooting light left. During this hunt, I was stuck in the stand well past dark as I waited for all the deer to pass through before getting down. This hunt was also sitting on the funnel and was either the last or second to last day of the season. It was brutally cold and I was shivering like crazy. But, I was able to capture some great video right at last light. In fact, you’ll see the back porch light on from the neighbors house. These does walked the property line on the neighbors side.  The snow on the ground really helped me see the deer so I could video them. I was truly impressed with how nice it turned out.

Enjoy the video. I think it really shows the capabilities of this relatively cheap way film your hunts. I know I enjoyed making it and especially filming it. If nothing else, enjoy the beauty of the deer. Happy Hunting!