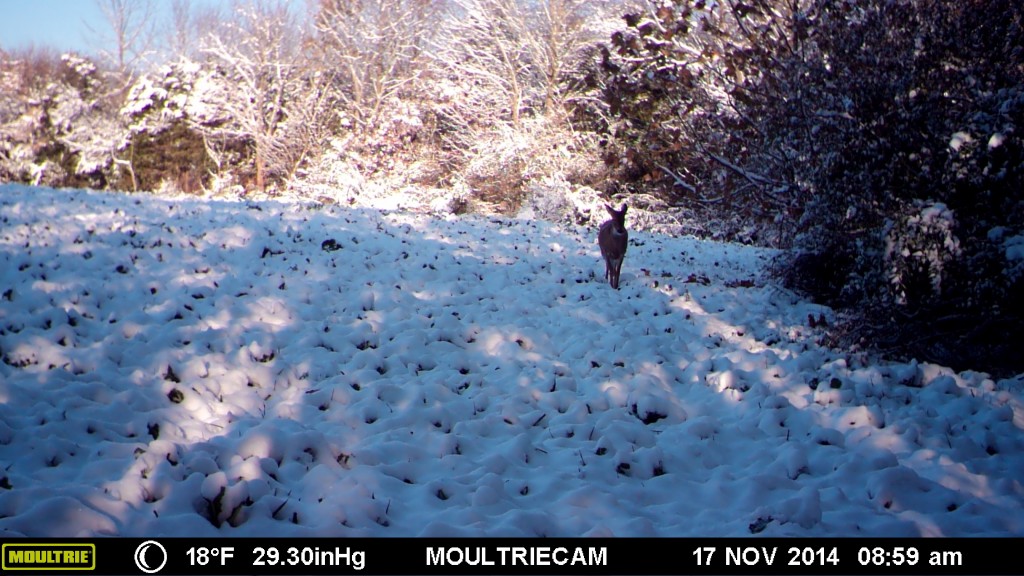 Scouting and Hunting Deer Before Snow

Unfortunately, most hunters spend all of their time hunting around and looking for deer in late August and September that they want to target come the opening of the season. If you are able to put your eyes on a mature deer during pre-season and are able to get his pattern, good for you! If not, scouting for and hunting deer can be a bit challenging if you aren’t sure what you’re looking for. Tracks and trails can sometimes be really hard to distinguish, especially when trying to find the big boys. When you don’t have snow on the ground, it’s tough to be 100% sure that it’s actually deer that made the trail. For years, I always assumed that there were deer coming through a certain spot in my backyard because there is a major trail that enters our yard through some pine trees. I saw the trail and knew we had deer in the area because of our garden and nut trees. Long story short, it’s not from deer but rather squirrels and chipmunks and rabbits. The deer actually come around our grape vine before entering the yard. So even though you found this great trail and set up 20 yards downwind from it doesn’t mean that you’re going to see deer.

Scouting and Hunting Deer With Snow

With snow on the ground, there is absolutely no denying that there are deer using a particular trail. As you walk through the woods after a fresh snow, tracks and trails are so easy to see it’s like finding fish in a barrel. One of the best features of scouting after a fresh snow is that you can get a good estimate if not the exact number of deer that have moved through a particular area since the snow fell. To the same respect, if you are out hunting deer right after a fresh snow, you can actually follow the tracks straight to the deer that made them. Now, there is no telling how far you will have to follow them, but you know that because it’s fresh tracks in fresh snow that the deer can’t be too far away. You just have to be extra vigilant in looking for movement ahead of you because you will be coming up behind the deer at some point. When stalking, the key is to see the deer before it sees you, so I can’t stress that enough. That’s the one disadvantage to the snow. You are just as easy to spot walking through the woods as it is for you to see a deer coming from a long way off while sitting in a treestand with snow on the ground.

For more information on scouting for deer, read Scouting for Deer – Aerial Style, How to Scout for Deer, and Tips for Trail Camera Placement

If you have never done it, both scouting and hunting deer in the snow can be extremely rewarding. For one, you can confirm suspicions on certain travel routes and also find new routes that you didn’t know existed. Some of these things can be found and confirmed with trail cameras,  but there are some areas that you just won’t find unless you go out and scout while there is snow on the ground. Many times, mature bucks use routes that only mature bucks use. Because of that, it’s very difficult to pick them out. However, when you have snow on the ground they can’t hide. Find those oddball trails that has only one or two sets of mature deer tracks on them. Find that single big deer track trail that is walking towards a secluded area. If you are lucky enough to get some snow during the peak of the seeking phase of the rut, then find the trails that go around crossing all the other ones and you’re in business! The amount of information you can gather from walking the woods while there is snow of the ground could prove to be invaluable. Especially in areas that don’t get a lot of snow, I would highly suggest taking advantage of every single opportunity you get to go scouting and hunting deer with snow on the ground. Happy Hunting!